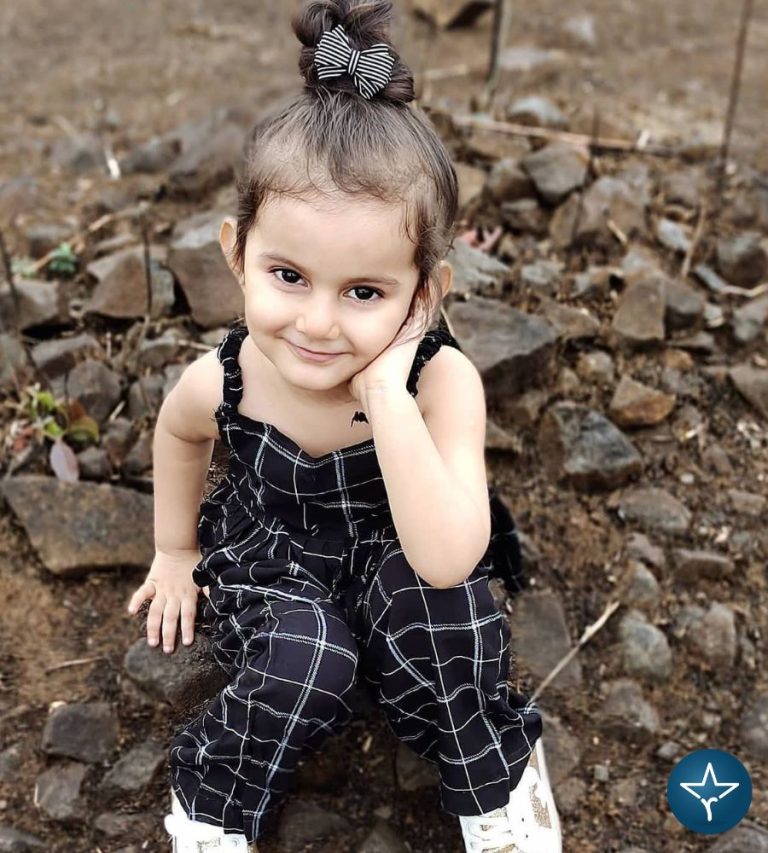 Aadhya Barot is an Indian child artist, best known for her amazing performance as Saanvi in Colors’ daily soap opera Udaan. Besides this, she was also a part of several other popular serials like Kuch Rang Pyar Ke Aise Bhi, Harphoul Mohini and Ishaqbaaz.

Aadhya Barot was born on 18 July to Mr. Manish and Mrs. Jalpa Barot. Since childhood, she used to be in limelight because of her innocent and bubbly nature. Aadhya is full of life and can easily attract anybody with her adorable smile. Aadhya has an elder sister, Rahi Barot with whom she loves spending time.

Aadhya Barot rose to prominence with her acting as Saanvi in daily drama serial Udaan aired on Colors’ TV. Udaan is the one of the longest running television show of Colors TV. The story revolves around Chakor, a victim of bonded child labour who fights for her village’s freedom and aspires to break-free.

She was then casted in yet another popular television serial Ishqbaaz as Radhika aired on Star Plus. The serial depicts the story of Shivaansh, the spoilt son of Shivaay and Annika, becomes a Bollywood actor who goes to any length to achieve success. However, his life takes a turn when he meets Aditi, a no-nonsense police officer. She is currently working in Colors’ action romance family entertainer Harphoul Mohini as Savitri.

Hi, Please comment below for update and correction about Aadhya Barot.