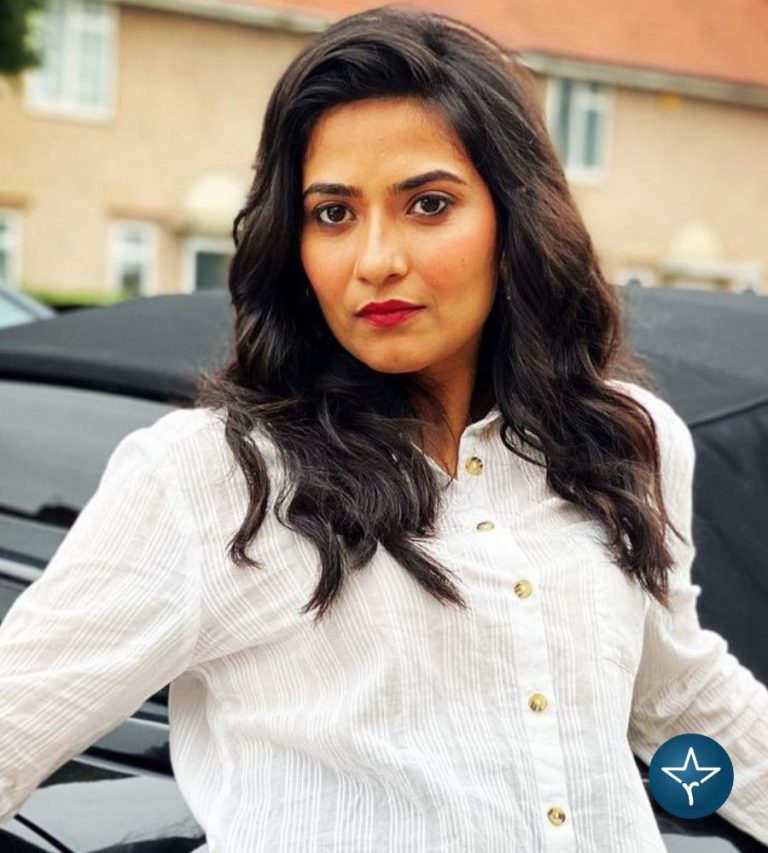 Aditi Dev Sharma is an Indian actress, model and social media influencer. She is popularly known for portraying the role of Gangaa Varun Shukla in &TV’s serial Gangaa in the year 2015. Moreover, Aditi has also worked in several other TV serials like Badii Devrani, Santoshi Maa, Waaris, Ek Vivah Aisa Bhi, Shakti and many more. Not she only worked in TV serials she has also seen in several popular movies like Black & White, Om Shanti, Mausam, Babloo, Angrej, Saat Uchakkey, Nankana, Ikko Mikke and many more.

Aditi started her acting career by first appearing in the Hindi film Khanna & Iyer where she played a role of Nandini in 2017. After then she appeared in few films like Black & White, Om Shanti, Mausam, Ladies vs Ricky Bahi, Babloo, Ekkees Toppon Ki Salaami. Not only she appeared in films but also seen in few serials like Teri Meri Love Stories, Lakhon Mein Ek etc.

After working in several films and serials she got opportunity for playing a role a main role in the &TV daily soap opera Gangaa where she appeared as Gangaa Varun Shukla in (2015-17).

In 2022, Aditi grabbed on headlines for portraying a character of Katha Singh in the drama serial Katha Ankahee. In this serial she appeared with Adnan Khan, Ajinkya Mishra and many more.

Aditi Dev Sharma is married with Sarwar Ahuja. The couple is blessed with daughter.

Hi, Please comment below for update and correction about Aditi Dev Sharma.