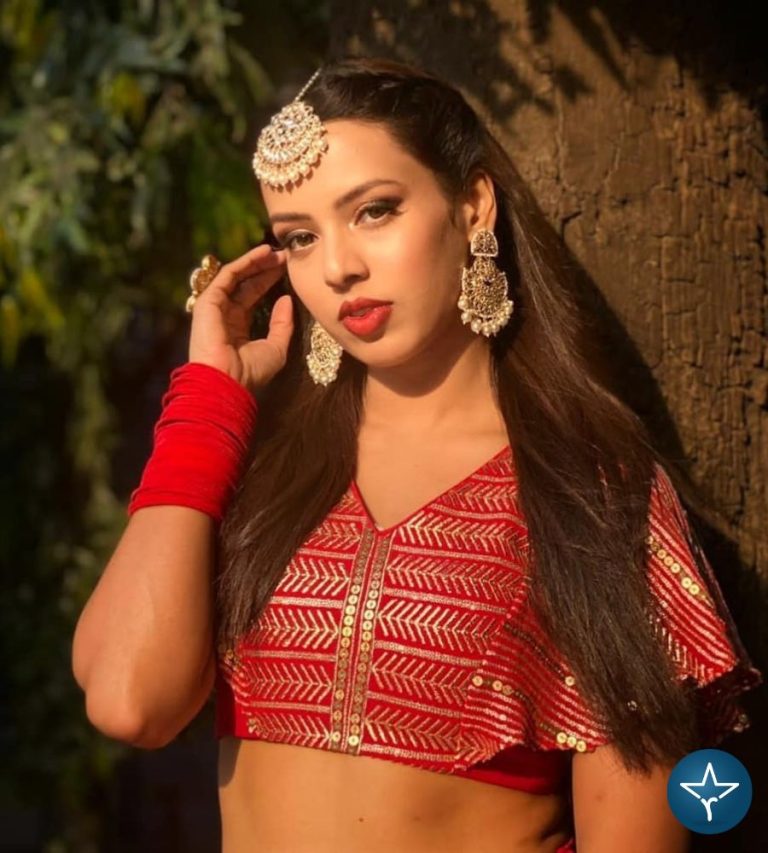 Aditi Shetty is an Indian actress and model. She has worked in several television serials like Naagin 6 as Rhea Kataria and Bhagya Lakshmi as Ahana. Besides an actress, Aditi is also a well-known model and has won various beauty pageants.

Aditi Shetty was born in Mangalore, Karnataka. Since childhood, she was always inclined towards acting. During her school days, she badgered her parents to get her enrolled in Shiamak Davar’s Institute of Performing Arts to chase her dreams of becoming an actress. She used to choreograph all the dance performances and events during college fests. As she experienced the joy of being on the stage, she started looking for ways to do it professionally.

Aditi’s initial years in the industry were quite difficult, being in the industry without any godfather is a tough nut to crack. It took her more than a year to figure out how this all works, but she gradually started getting projects.

Aditi was first appeared in Naagin 6 as Rhea Kataria aired on Colors TV. The show features Tejasswi Prakash and Simba Nagpal in lead roles. The story revolves around Naagin who comes to save the country from the deadly virus.

She then worked in Zee TV’s Bhagya Lakshmi as Ahana where the main lead Lakshmi is a kind hearted girl, strongly believes in helping others, but her life takes an unexpected turn when her fate is tied to Rishi Oberoi, an industrialists son.

Hi, Please comment below for update and correction about Aditi Shetty.