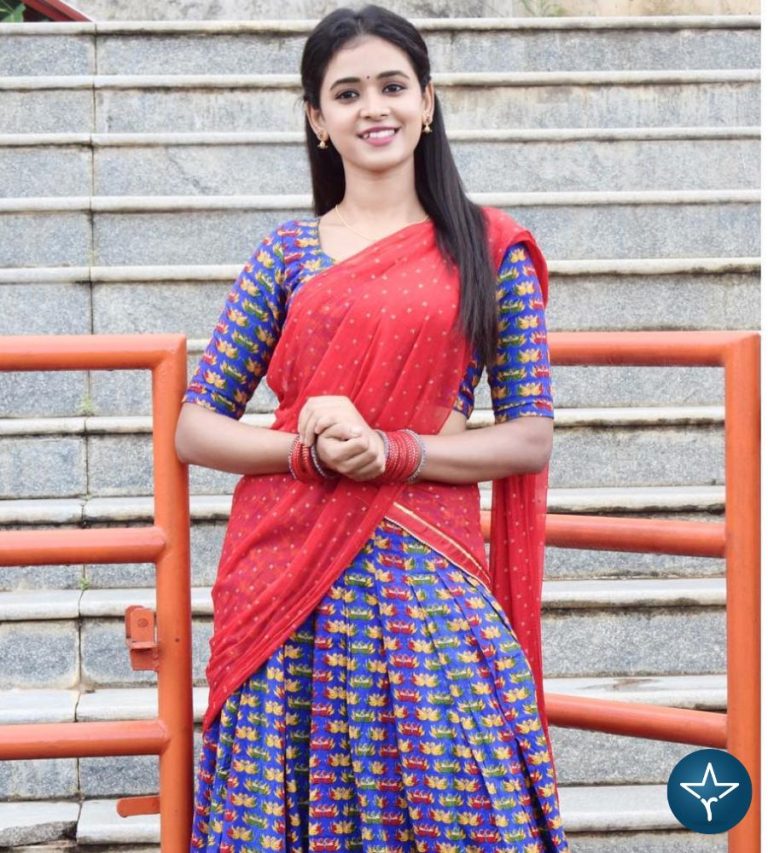 Akshara is an Indian actress who has predominantly appeared in Kannada television serials. She is best known for appearing in daily soap opera Puttakkana Makkalu as Sahana. She was also a part of several other TV serials like Ammnoru and Raksha Bandhan.

Since childhood, Akshara wanted to become an actress, so after completing her studies, she strived hard in the industry to establish a unique identity of herself. She got her first exposure with Kannada family drama Raksha Bandhan based o the beautiful relation of brother and sister. She then appeared in mythological based family drama Ammnoru.

She got popularity for appearing in Kannada daily drama serial Puttakkana Makkalu which narrated the story of Puttakka toiling hard for the upbringing of three daughters. Akshara along with Sanjana and Shilpa appeared as the daughters of Puttakka who knows the harsh realities of life and are striving for the happiness of their mother.

Hi, Please comment below for update and correction about Akshara.