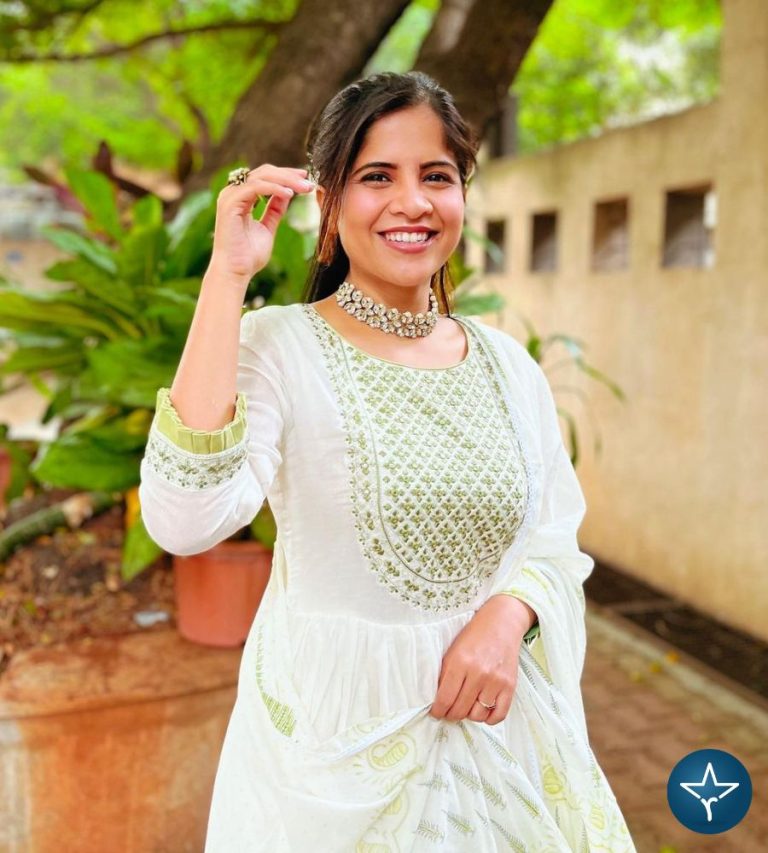 Amruta Deshmukh is an Indian actress who has predominantly worked in Marathi television shows. She is best known for appearing as Pari Deshmukh in Marathi TV serial Fresher in the year 2016. Amruta has also worked in several movies as well. She is now sparkling her talent in reality drama show Bigg Boss season 4.

Amruta Deshmukh was born on 31 January 1992 to Mr. Satish and Mrs. Vaishali Deshmukh in Jalgaon, Maharashtra. She has completed her schooling from Vivekananda Pratishthan BGSV. Amruta holds a bachelors’ degree in psychology and a masters’ degree in journalism and mass communication.

Amruta Deshmukh started her acting career with Indian soap opera Pudhcha Paaul aired on Star Pravah. She then grabbed headlines with daily drama serial Tumcha Aamcha Same Asta as Gauri. The serial was based on Gauri and Ishaan, a struggling actor, who are extremely ambitious about their career & they cross each other’s paths. Apart from this Amruta was also seen in various other television serials like Asmita as Vaidehi, Freshers as Pari Deshmukh, Mi Tujhich Re as Riya Varde and Aathshe Khidkya Naushe Dara as Sara.

Besides acting in television serials, Amruta has also spread her glamour in Marathi movies as well. Some of her popular films includes Baburaola Pakda, The Beloved, Aaji Ani Naat, Sweety Satarkar and many more.

Hi, Please comment below for update and correction about Amruta Deshmukh.