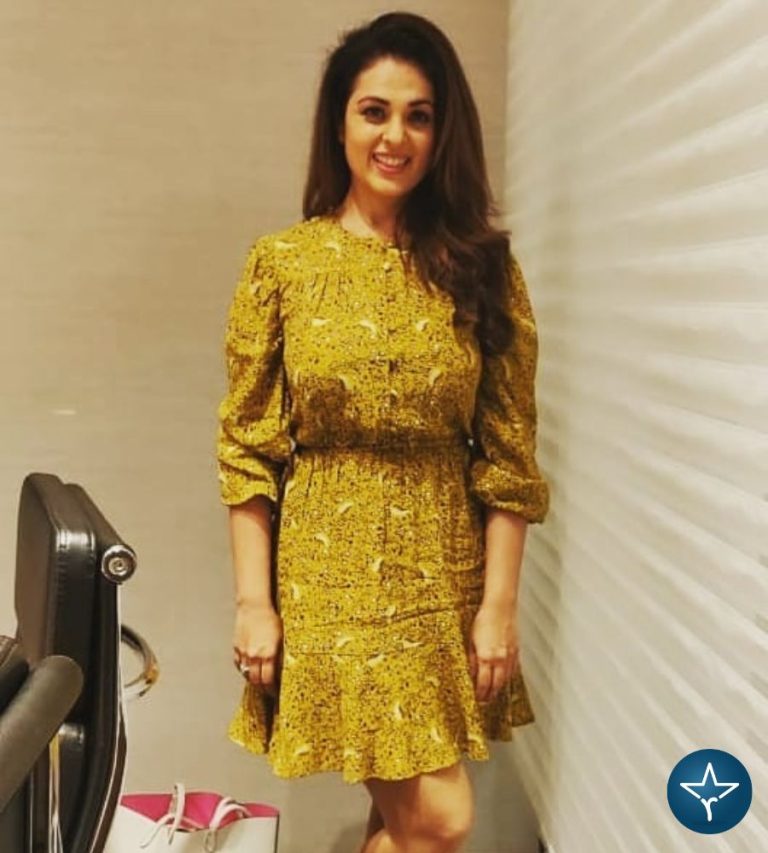 Anjana Sukhani is an Indian actress and model who primarily plays supporting roles in Bollywood movies. She is well recognised for her work in the Hindi films Shaandaar, De Taali, Golmal Returns, Hum Dum as well as in Kannada, Punjabi and Marathi films.

Anjana Sukhani was born on 10 December 1978 in Jaipur, Rajasthan to Preethi and Om Sukhani. She has a brother Rahul Sukhani and a sister Meena Sukhani who also worked in Bollywood.

She attended Kamla High School, Khar in Mumbai for her education. She graduated from Cardiff Metropolitan University, UK and had a management degree in International Business. Sukhani abandoned her academic goals to pursue acting.

Sukhani was chosen to act alongside Bollywood icon Amitabh Bachchan in a television commercial for Cadbury Dairy Milk chocolates. In Laal Ishq, Anjana made her Marathi film debut alongside Swapnil Joshi which was a Sanjay Leela Bhansali production. A music video for the song Ghar Jayegi included her as well. She has appeared in significant parts, including as the multi-starrer smash Salaam-e-Ishq which was followed by her participation in Golmaal Returns.

Her other films were Jai Veeru, Jashnn, and Maleyali Jotheyali, which she co-starred
in with Ganesh and Yuvika Chaudhary.

Sukhani had an affair with Rehan Khan who is also an actor. They first met on the set of movie Tum Milo To Sahi in 2009.

Hi, Please comment below for update and correction about Anjana Sukhani.