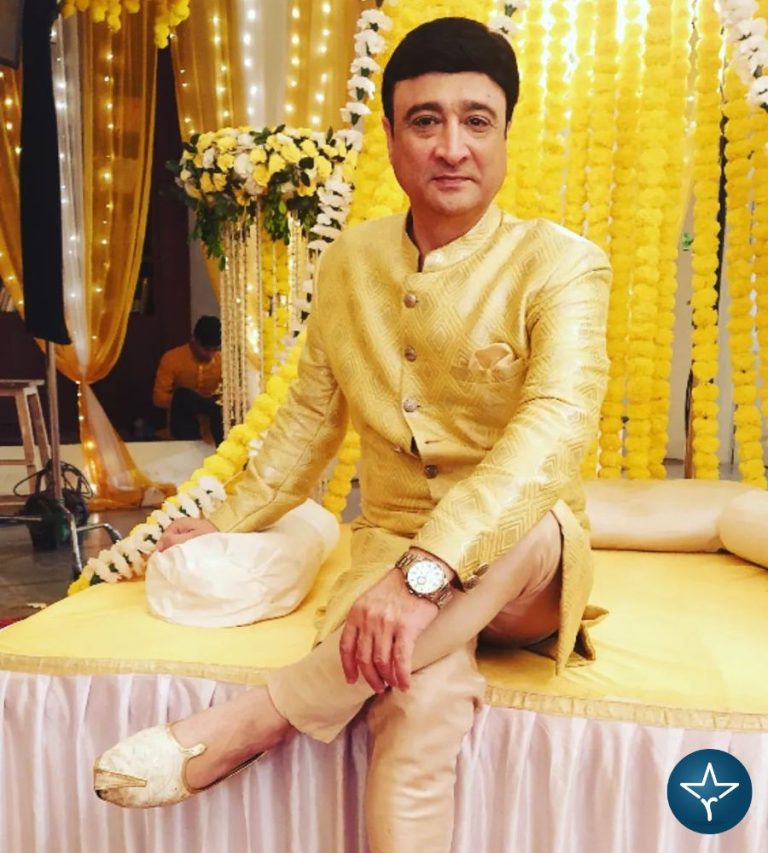 Avinash Sahijwani is a well known Indian television actor. He got recognition for his acting as Dr. Rajendra Kashyap in famous TV serial Sasural Simar Ka 2 which was aired on Colors TV. He was also a part of several television serial like Amanat as Chander and Fanaa: Ishq Mein Marjawan as Sameer Srivastav. He was also appeared in several episodes of Crime Patrol Satark.

Avinash Sahijwani was born on 10 June in Rupnagar, Punjab. He completed his schooling from Mahatma Gandhi Memorial High School and went to Govt College Ropar for pursuing higher studies. He then relocated to Mumbai, Maharashtra for following his dream of becoming an actor.

Avinash was first seen in television serial Amanat as Chander (Santosh’s husband). The show is an Indian soap opera that premiered on Zee TV. The story is about a staunchly traditional Indian man, Lahori Ram, who holds a strong set of values and beliefs whose life revolves around his seven daughters. He was also a part of TV serial Chingaari in the year 2001.

He got recognition with his remarkable acting in television serial Adalat as Durjan Chaudhary in the episode of Bhagwaan Ram Hazir Ho and Ayushmaan Khanna in Shraapit Khanjar in the year 2013. He was once appeared in popular TV show C.I.D. where ACP Pradyuman, Daya and Abhijeet solve various criminal cases with the help of professional forensic expert Dr Salunkhe.

He was also a part of 2022 romantic thriller Fanaa: Ishq Mein Marjawan as Sameer Srivastav. The show was directed by Kushal Zaveri and stars Zain Imam, Akshit Sukhija and Reem Sameer Shaikh in lead roles.

Avinash has also worked in TV serial Rajjo, starring Rajveer Singh and Celesti Bairagey in lead roles. The story revolves around Rajjo, an athletically-gifted girl from a village and Arjun who saves her life during a calamity.

Hi, Please comment below for update and correction about Avinash Sahijwani.