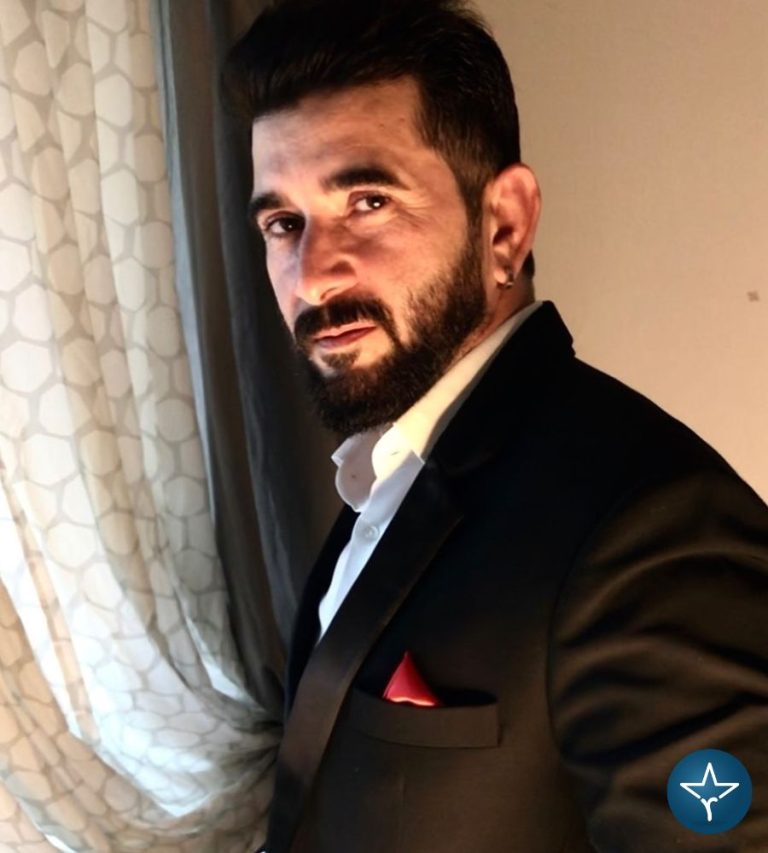 Behzaad Khan is an Indian television actor and model. He got popularity with his acting in Geet-Hui Sabse Parayi as Brij Handa. He then appeared in several television shows like Har Yug Mein Aayega Ek – Arjun as A.C.P. Sameer Dhamsingh Rathore, Ali Baba: Dastaan-E-Kabul as Saddam and Yehh Jaadu Hai Jinn Ka.

Behzaad was born on 28 February in Zamania, Uttar Pradesh. He is an IT graduate but his obsession for theatres brings him in television and film industry. He was married to Amreen Khan on 29 October 2014. They both has a son, Zaryaab Khan.

Without any godfather in the industry, Behzaad moved to Mumbai in his quest to look for work and started assisting Anand Mahendru, the maker of popular TV show Dekh Bhai Dekh. He got his first break with television show Geet-Hui Sabse Parayi as Brij Handa which brought him huge recognition and appreciation.

Later, he worked in another popular Star Plus show Har Yug Mein Aayega Ek – Arjun where he played the character of ETF Chief A.C.P. Sameer Dhamsingh Rathore. This series is about a rebellious cop, Arjun Rawte. He is transferred to the Emergency Task Force (ETF), which solves cases linked to high-profile individuals.

He was also appeared in TV serial Yeh Jaadu Hai Jinn Ka aired on Star Plus in the year 2020. He then appeared in Ali Baba: Dastaan-E-Kabul as Saddam, an Indian fantasy television series based on the Arabian Nights character Ali Baba. This show was produced by Alind Srivastava and Nissar Parvez under Peninsula Pictures, starring Sheezan Mohammed Khan and Tunisha Sharma aired on Sony Sab.

Hi, Please comment below for update and correction about Behzaad Khan.