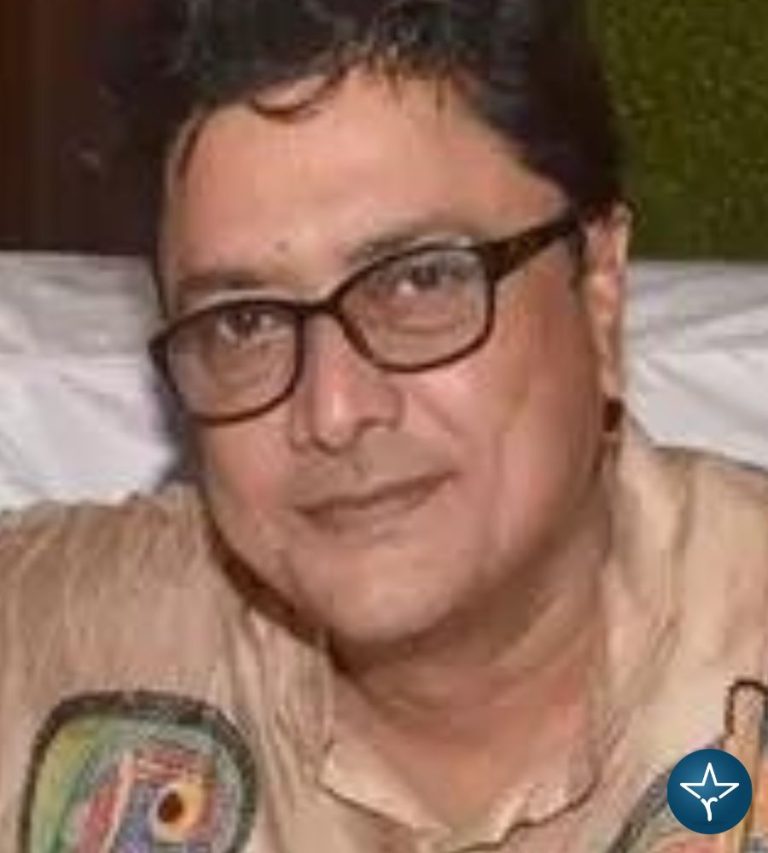 Bhaskar Banerjee is an Indian Bengali actor. He was first seen in Bengali movie Nabab in the year 1991. He is well known for his acting in TV series Byomkesh as Nripati Laha and Satyajiter Priyo Golpo as Ramani Mohan Chatterjee. Recently, Bhaskar was appeared in Rudrabinar Obhishaap.

Bhaskar Banerjee was first seen in Bengali movie Nabab directed by Haranath Chakraborty and written by Anjan Choudhury in the year 1991. He then appeared in 1993 movie Man Samman, a family drama which revolves around the main theme of family relations and the bond of love and respect between a child and his parents. During his acting career, he was casted in several Bengali movies like Biswas Abiswas directed by Swapan Saha, Bhalobasar Ashroy directed by Sanjib Dey and Pita Maata Santan directed by Swapan Saha.

He then appeared in TV series Satyajiter Priyo Golpo as Ramani Mohan Chatterjee. This 2004 show was a compilation of Satyajit Ray’s best short stories. He was also casted in TV series Potol Kumar Gaanwala as Chandan where a little girl, went out to search her father after her mother’s death. He has also worked in TV series Byomkesh as Nripati Laha, the series is based on the adventures of Byomkesh and his friend and biographer Ajit, who accompanies him during his investigations.

Bhaskar was also seen in Hoichoi presents drama series Tansener Tanpura where the clues to a treasure, hidden in melodies.

He was then casted as SABI Head in TV series Soch, a crime series about the Secret Agency Bureau of India. Bhaskar was also appeared in Rudrabinar Obhishaap. The story revolves around Rudrapur and Anandagarh, two legendary schools of Indian classical music. However, these two places have a common past so dark that its revelation may change many lives forever.

Hi, Please comment below for update and correction about Bhaskar Banerjee.