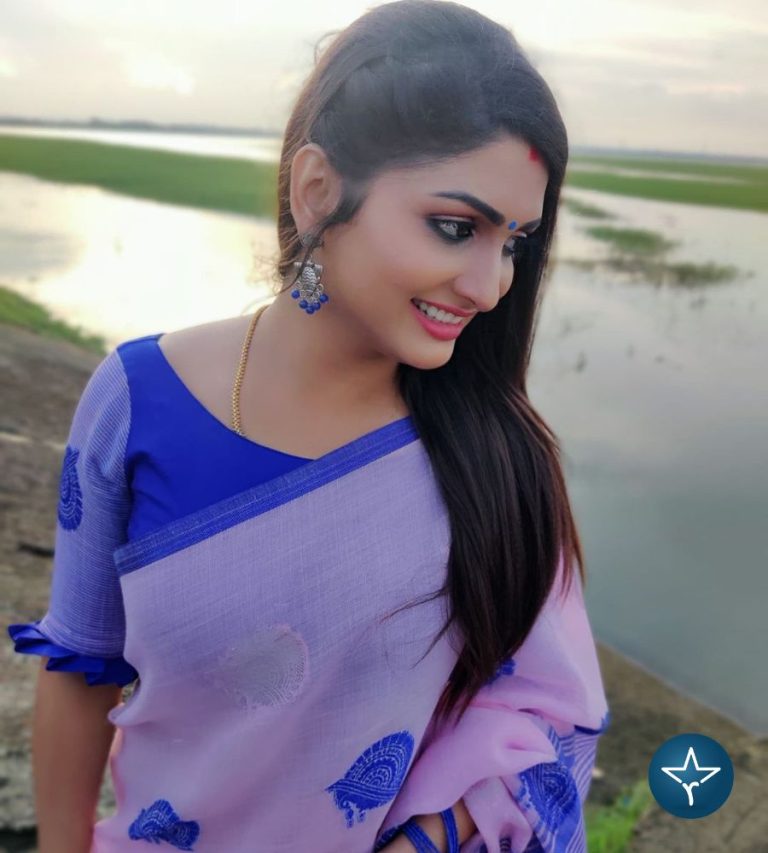 Divya Shridhar is an Indian actress, model, entrepreneur and Instagram influencer. She is well-known for acting as Maya in Keladia Kanmani, Tamil television serial. Divya has also appeared in various TV shows like Kanmani, Amma, Saacham, etc. She is currently working in television drama serial Sevvanthi, broadcasted on Sun TV.

Divya started her career while appearing in several modeling competitions. She has also did several print shoots for newspapers and modeled for many famous clothing brands. After a brief modeling career, she entered the world of acting and made her debut with television serial Magarasi as Bharathi Puviarasan.

Divya got popularity for her acting in period drama Keladia Kanmani as Maya which was produced by Sundaram. She then grabbed headlines for acting in one of the popular TV serial Sevvanthi aired on Sun TV.

Divya married his long time boyfriend Arnaav in June 2022. The couple had been in a relationship since 2017.

Hi, Please comment below for update and correction about Divya Shridhar.