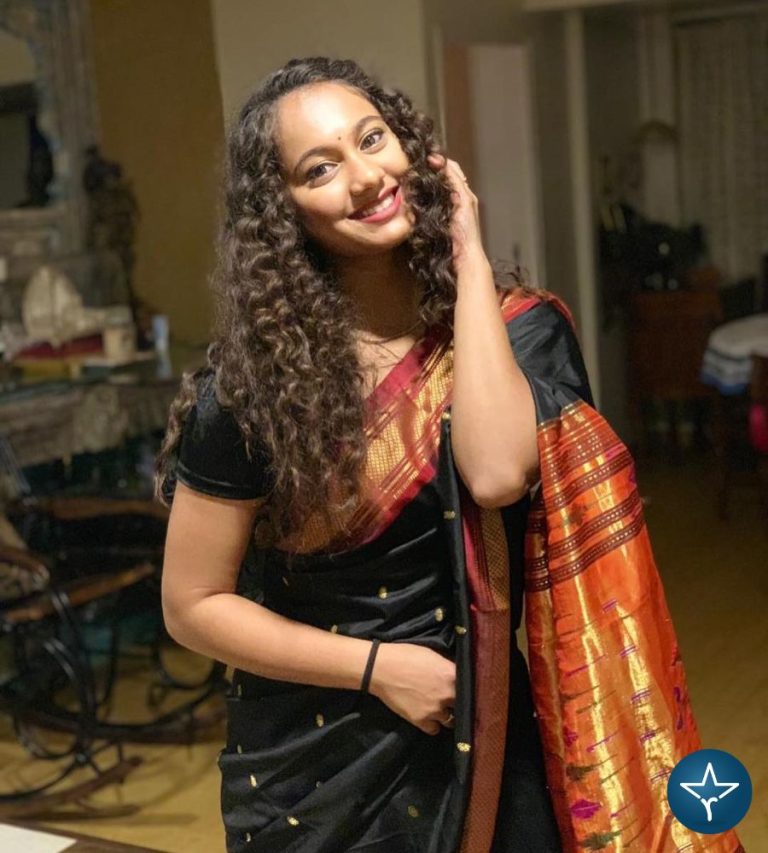 Gauri Ingawale is a Marathi actress, dancer and theatre artist. She has appeared in various films like Kutumb as Laxmi Solkar in the year 2012 and 3.56 Killari as Sharayu in the year 2015. She was also a part of Award winning film Panghrun directed by her father and famous director Mahesh Manjrekar in the year 2020.

Gauri was born on 6 September to Ms. Medha Manjrekar in Satara, Maharashtra. She is the step daughter of famous Marathi actor and director Mahesh Manjrekar. She did her schooling from Mumbai’s Balmohan Vidyamandir.

She developed a keen interest in dancing during her tender age and even pursued Bachelor’s degree in dance. She is a trained Bharatanatyam dancer.

Gauri has two step-sisters, Ashwami and Saiee Manjrekar and a step-brother Satya Manjrekar. Saiee Manjrekar is a famous actress who was first appeared with Salmaan Khan in Dabangg 3.

Gauri made her acting debut as child actress with the Marathi film Kutumb in the year 2012. She played the role of Laxmi Solkar in the film. She then appeared in Deepak Bhagvat’s Marathi film 3.56 Killari as Sharayu starring Jackie Shroff and Sai Tamhankar in 2015. This story is about an adolescent girl Sharayu who lost her parents in a very young age and lived with her grandparents where she experienced some mysterious flashes.

She was also appeared in the movie Panghrun directed and written by her father Mahesh Manjrekar. The movie depicts the situation of women in a patriarchal society and struggle for the society to accept remarriage of widows or prevent underage girls from getting married. This movie was the winner of Indian Cinema Competition Chitra Bharti at Bengaluru and got selected for MAMI Film Festival.

She was also a part of De Dhakka 2 (2022) with Bharti Achrekar and Makarand Anaspure. This story is about Mr. Makarand Jadhav, and his funnily weird family land in London but they get embroiled in the financial scam and find themselves in the hands of the Pakistani mafia.

Hi, Please comment below for update and correction about Gauri Ingawale.