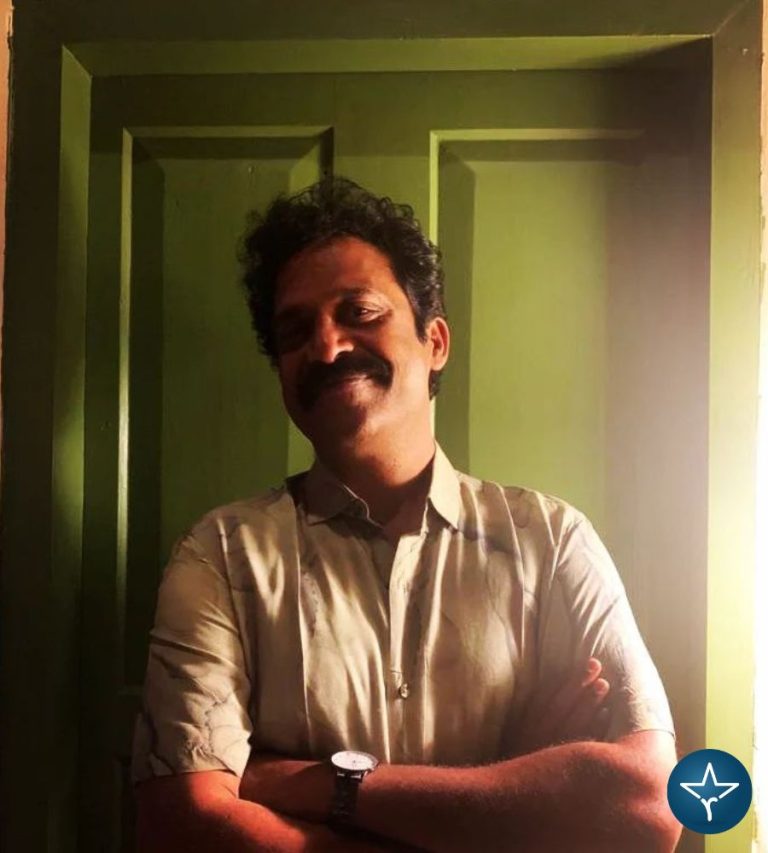 Guru Somasundaram is an Indian actor who predominantly works in Tamil and Malyalam films. He is known for playing negative lead role of Shibu in Malyalam movie Minnal Murali in 2021. He started acting career in 2011 with Thiagarajan Kumararaja directed Tamil film Aaranya Kaandam.

Guru Somasundaram was born on 3 September 1975 in Madurai, Tamil Nadu. Guru did his schooling from hometown and later completed his graduation from B.S. Rahman Crescent Institute of Science And Technology.

Somasundaram was very interested in acting since childhood. In 2002, he has joined the Tamil Theatre Group in Koothu-P-Pattarai, where he did many plays till 2011. In 2008, Thiagarajan Kumararaja offered him a film named Aaranya Kaandam and Guru accepted that offer. The film was released in 2011 and it was the key to success for Guru’s acting. He received two national film awards for the films.

Somasundaram subsequently worked in Mani Ratnam’s film Kadal in 2013, starring Gautham Karthik and Thulasi Nair. The same year, he made his Malayalam film debut with the 5 Sundarikal as Photographer. He was later appeared in Pandiya Naadu as Nagaraj, Jigarthanda as Muthu, 49-O as Aarumugam. In 2019, he got chance to work in Rajnikath starrer Tamily action film Petta in the supporting character of District collector.

Somasundaram had an affair with an actress named Yasmin Ponnappa.

Hi, Please comment below for update and correction about Guru Somasundaram.