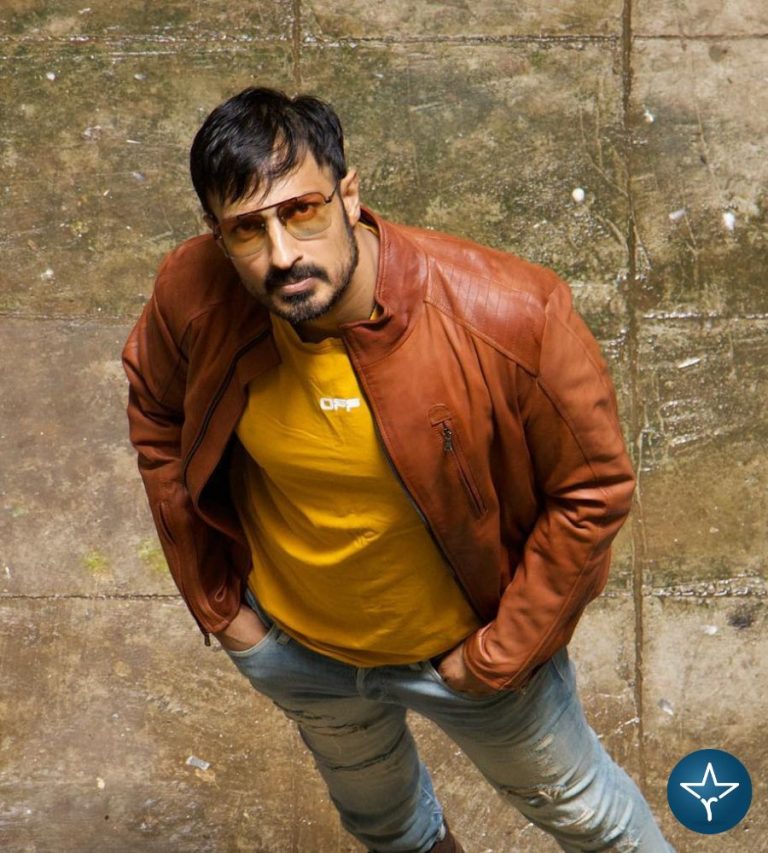 Harish Uthaman is an Indian actor who predominantly works in a negative role in Tamil, Telugu, Malayalam, and Kannada films. He is best known for his outstanding performance in Gouravam, Pandiya Naadu, Meagamann, Power and Srimanthudu.

Harish Uthaman was born on 5 April 1982 in Coimbatore, Tamil Nadu. He hails from a Malayali Hindu family. His father was a farmer who died in 2005 and he has three brothers and one sister.

Harish started working as a cabin crew for Paramount Airways and British Airways. After working for more than 3 years, he left the job and started giving auditions for the films. Harish got his first major role of Suriya Prabhakaran in the movie Tha. He won an award at Norway Tamil Film Festival Awards for Best Newcomer. Later he participated in the production of the Radha Mohan-starring movie Gouvaram.

Suriya Prabhakaran suggested him to play a negative role in Pandiya Naadu directed by Suseenthiran. His other notable films are Vikram, Bheeshma Parvam, Naandhi, Kaithi, Rustum and Kavacham. Harish has been worked more than 100 films in his career.

Harish Uthaman married to Mumbai based celebrity makeup artist Amrita Kalyanpur in an intimate traditional ceremony attended by friends and family. Their wedding took place on 6 September 2018, at Guruvayur Temple in Kerala and they separated in 2019.

He again wed the Malayalam performer Chinnu Kuruvila in 2022. They got married in presence of their close friends and family in a low-key ceremony. Kuruvila is known for her roles in films like North 24 Katham, Kasaba, and Lukka Chuppi

Hi, Please comment below for update and correction about Harish Uthaman.