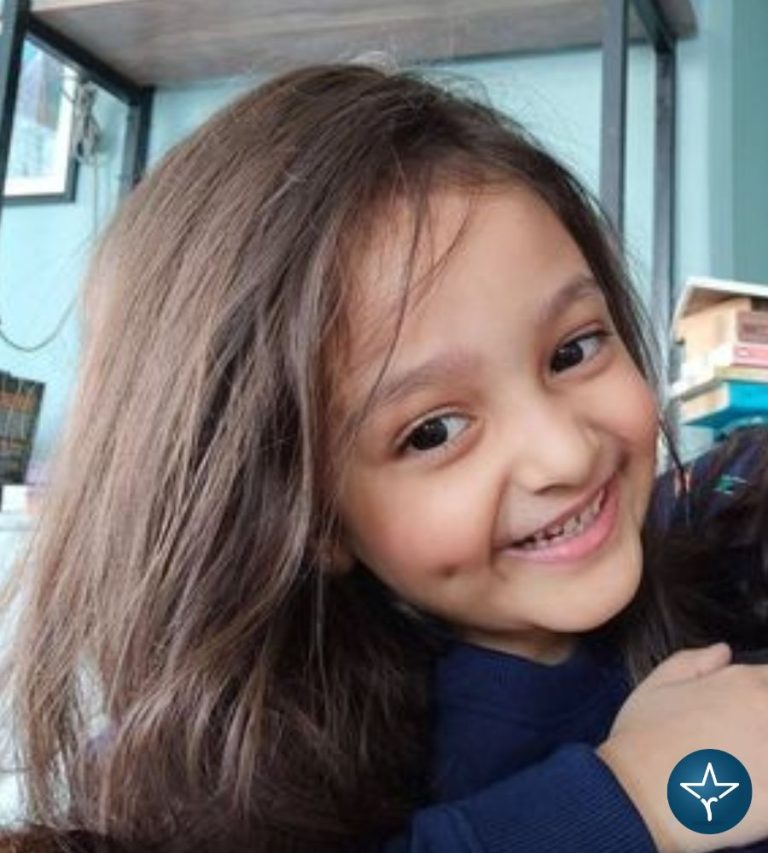 Hazel Shah is an Indian child artist, best known for her amazing performance in ZeeTV’s daily drama serial Sanjog as Tara along with Hetvi Sharma as Chanda. Besides working in television serials, Hazel has also appeared in various commercials.

Hazel Shah rose to prominence with her acting in television serial Sanjog as Tara Kothari, Gouri and Gopal’s biological daughter, Amrita and Rajeev’s foster daughter. The serial depicts the story of two mothers from different backgrounds which takes a turn after their daughters get swapped accidently at the time of birth.

She was also appeared in the role of Khushi in web series Broken But Beautiful season 3.

Hazel not only sparkled in television serials but has also worked in several commercials advertisements of top-notch brands.

Hi, Please comment below for update and correction about Hazel Shah.