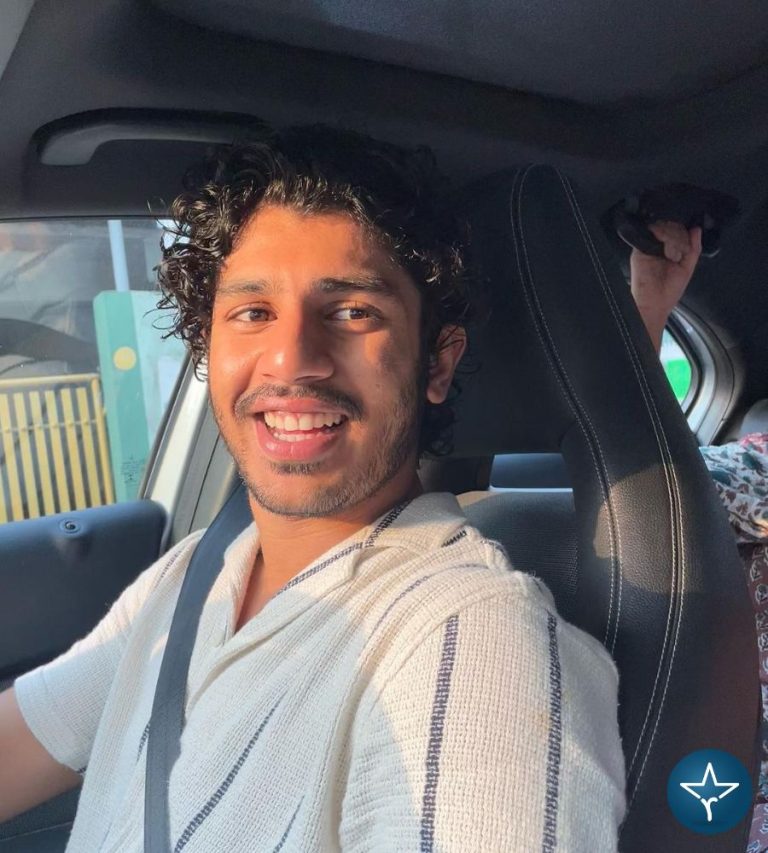 Hridhu Haroon is the most popular actor who has mainly worked in Hindi, Telugu and Tamil language. He got popularity by his lead role in Thugs, an action film released in Tamil, Telugu, Kannada and Hindi. He also worked in Mumbaikar and Crash Course in the year 2022.

Hridhu Haroon was born to famous producer Shibu Thameens and Mumthaz Shibu in Chennai, Tamil Nadu. His nickname is Soham. He did his studies from University of Pennsylvania, USA. After coming back to India, he auditioned for movies and discovered his acting talent. Hridhu has a sister named Riya Shibu.

Hridhu make his debut from Mumbaikar which is an Indian Hindi language action thriller film directed by Santosh Sivan. This is the remake of Tamil film Maanagaram starring Vikrant Massey and Vijay Sethupathi. This also marks Vijay’s Hindi film debut. This is produced by Hridhu’s father Shibu Thameens under Thameens Films.

He was also a part of web series Crash Course and got popularity by his role Sathya. This was directed by Vijay Maurya and created by Manish Hariprasad featuring Annu Kapoor, Bhanu Uday, Udit Arora, Pranay Pachauri and many more.

Hridhu has also appeared in the movie Thugs as lead actor along with RK Suresh and Muneesh Kanth directed by Brinda Gopal. This is choreographer turned directed Brinda’s second project after Hey Sinamika.

Hi, Please comment below for update and correction about Hridhu Haroon.