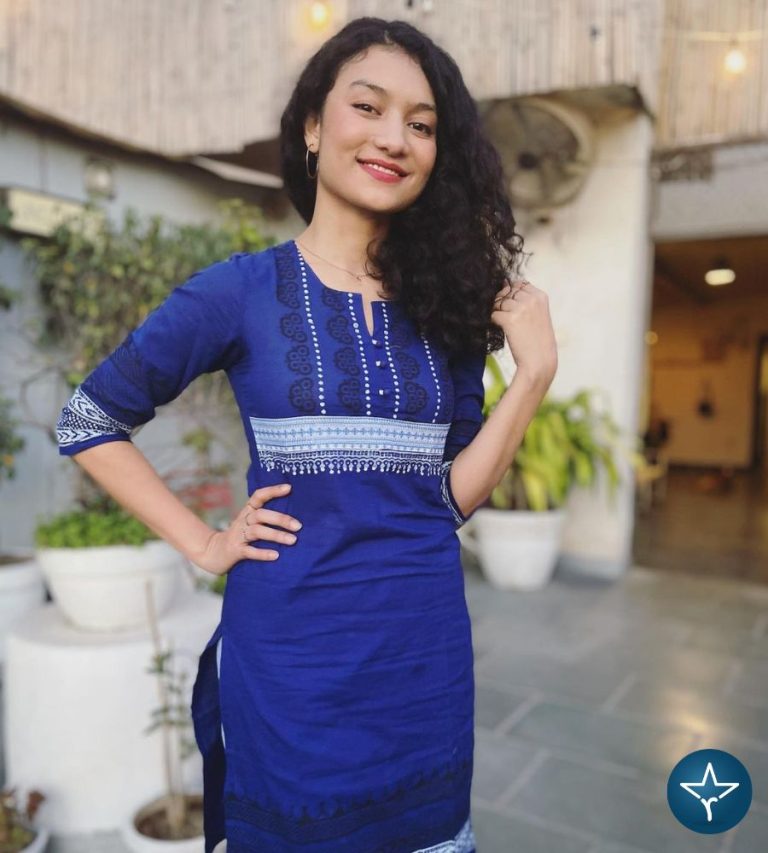 Jahnvi Rawat is an Indian actress, singer and dancer. She got popularity from the theatre show Dilapidated which presents a love story with an interesting twist. She then appeared in the 2021 movie Hum Bhi Akele Tum Bhi Akele starring Zareen Khan and Anshuman Jha in lead roles. Jahnvi was also a part of web series College Romance 3.

Jahnvi Rawat was born to Mr. Ajay and Mrs. Lata Rawat in New Delhi. She completed her schooling from All Saints’ College and then went to Indraprastha College for Women, University of Delhi for higher studies. During her college days, she used to participate in various dance and drama shows. She even joined a theatre academy to groom herself into a versatile actor. She has a younger brother, Kushagra Rawat.

Jahnvi Rawat has worked in several theatre shows before appearing in web series. Her popular show was Dilapidated, an absolutely funny, heartwarming and poignant love story between two perfectly dissimilar teenagers. The show was produced by Theatreworms and was presented in Delhi.

Jahnvi was also a part of the film Hum Bhi Akele Tum Bhi Akele as Nikki Tsong which is written and directed by Harish Vyas and produced under the banner of First Ray Films. The film explores friendship between Veer Pratap Randhawa, a gay man and Mansi Dubey, a lesbian woman on a road trip.

She then appeared in the web series College Romance 3 which is a story of three best friends who are in search of love and creates some lifelong memories while attending college together. The series features Manjot Singh, Apoorva Arora and Keshav Sadhna and Gagan Arora.

Hi, Please comment below for update and correction about Jahnvi Rawat.