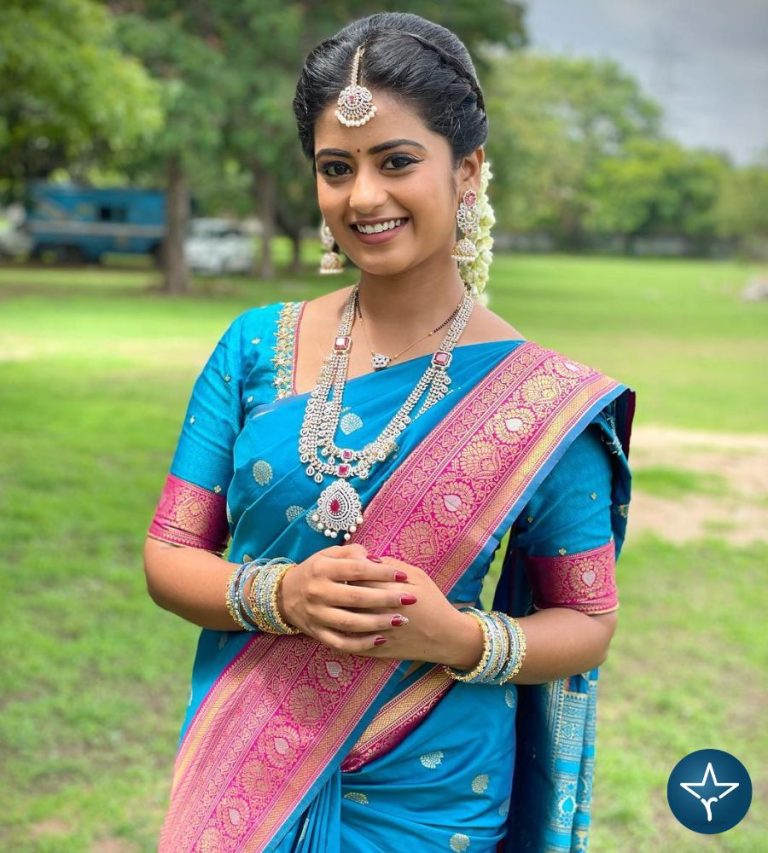 Maahi Gouthami is an Indian actress who gained popularity for her roles in Telugu television serials. She is best known for her portrayal of the character Priyanka in the popular soap opera Agnipariksha which aired on Zee Telugu. Maahi is currently appearing in lead role in Chiranjeevi Lakshmi Sowbhagyavathi opposite R Raghu N.

Maahi Gouthami was born on 21 November 1995 in Hyderabad, Telangana. She was raised in a family of artists and had a passion for acting from a young age. Maahi has received her primary and secondary education Hyderabad where she attended Holy Mary Convent High School Confessions and then went to Narayana Junior College. After completing her school education, Maahi enrolled herself in Joginpally B R Engineering College and pursued engineering.

Maahi Gouthami began her acting career with the daily drama Telugu serial Neevalle Neevalle. She then went on to appear in a number of television serials gaining recognition and popularity within the entertainment industry.

Maahi’s big break came in 2021 where she was casted in a lead role of Priyanka in romantic drama serial Agnipariksha. The serial revolves around Radhika whose father is against love marriages, but she ends up falling in love with her friend Amar. As per her father’s instruction, Radhika get married to Kailash and started developing feelings towards him. Where will this love triangle lead to forms the crux of the serial.

She then bagged a role in popular romantic drama serial Chiranjeevi Lakshmi Sowbhagyavathi which aired on Zee Telugu.

Hi, Please comment below for update and correction about Maahi Gouthami.