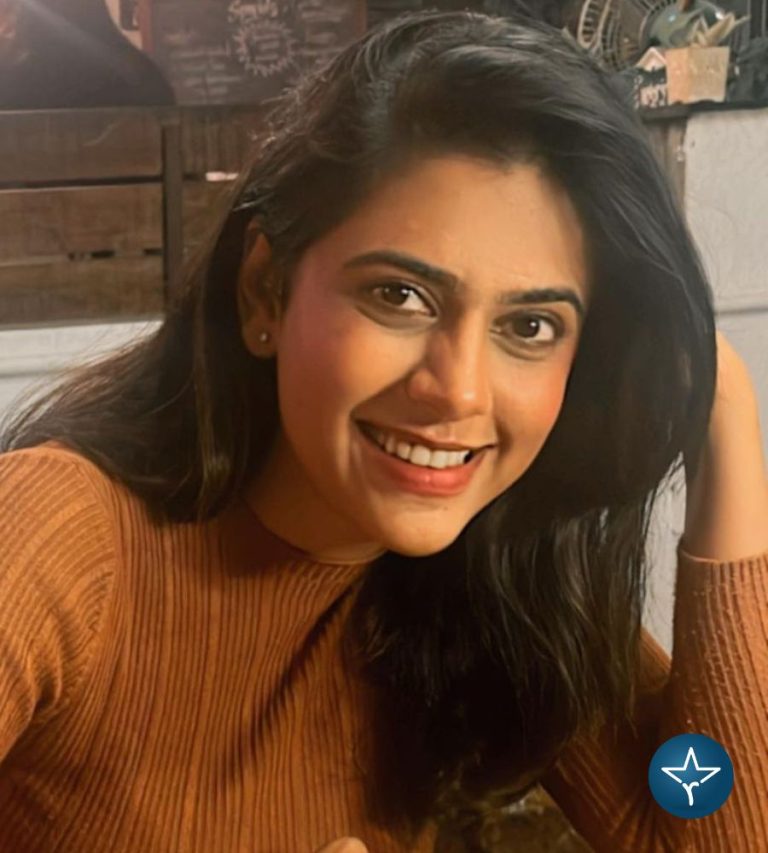 Madhura Deshpande is an Indian actress who has predominately known for working in Marathi television serials. She is popularly known for playing the role of Gayatri in Marathi drama serial Ase He Kanyadan in 2015. Moreover she has worked in several TV serials like Ithe’tch Taka Tambu, Jeevlaga and many more.

Madhura started her acting career with the Hindi comedy film Aiyyaa where she appeared as Kamala with Rani Mukerji and Prithviraj Sukumaran in 2012. Later in 2015, Madhura got popularity for playing the main role of Gayatri in the Marathi drama serial Ase He Kanyadan where she worked along side Sharad Ponkshe.

In 2016, Madhura appeared in Prakash Kunte’s film ‘& Jara Hatake’ where she portrayed the role of Manasi. After that she worked in romantic drama serial Jeevlaga where she played the role of Vidhi. This serial story wanders around two couples Nikhil- Vidhi and Kavya VIshwas.

In 2022, she grabbed headlines for portraying the role of Bhumi in the Marathi television serial Shubh Vivah which aired on Star Pravah.

Madhura got married to Aashay Gokhale on 20 January 2018. Her husband Aashay is an architect and lives in Pune.

Hi, Please comment below for update and correction about Madhura Deshpande.