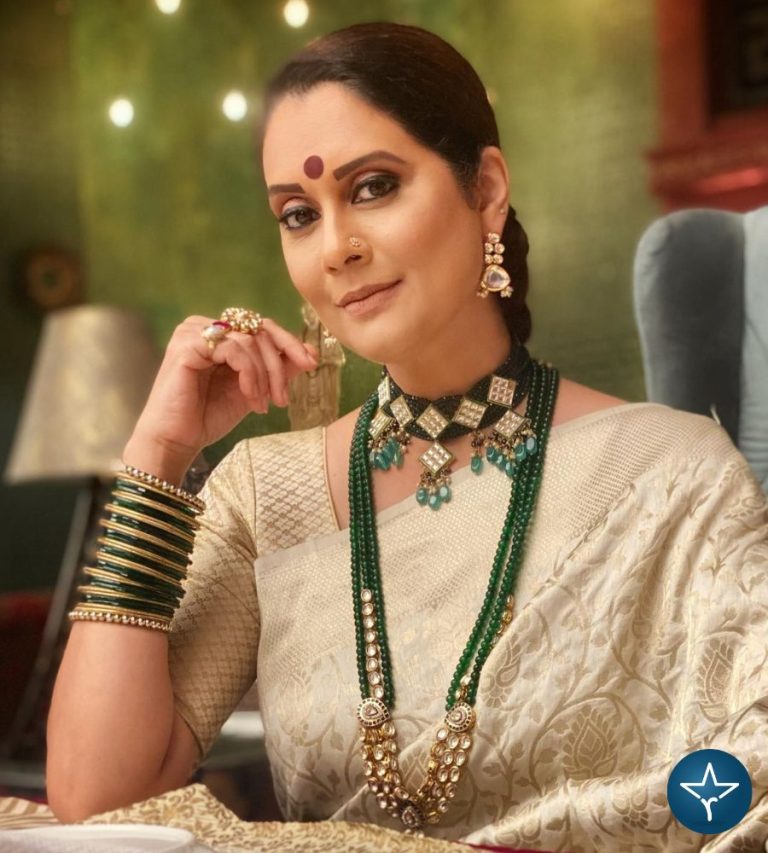 Mallika Nayak is an Indian model, actress and social media influencer who hails from Mangalore, Karnataka. She has worked in many TV serials like Swim Team, Bepanaah, Kaisi Yeh Yaariyan, Kulfi Kumar Bajewala, Mahabharat etc. Mallika was recently seen in a popular drama serial Yeh hai Chahatein as Sharda Khurana. She is the recipient of several awards honored for her mesmerized acting.

Mallika was born on 4 April 1958, in Mangalore, Karnataka. After her birth, she along with her family shifted to Mumbai. There, Mallika completed her schooling from Ava Bai Petit Girls High School, Pali Hill and went to DG Ruparel College of Arts, Science & Commerce for further studies.

She attributes her parents for her success, their endless support and encouragement is what motivated her to strive hard.

Mallika is well known for her beautiful looks and expressions. She started her career as fashion stylist and then took part in several modeling competitions. After a brief modeling career, she entered the world of acting and made her debut with the television serial Mahabharat as Sudeshna which was broadcasted on Star Plus.

Mallika got popularity for her acting in period drama Kavach as Malini Jindal which was produced by Shobha Kapoor and Ekta Kapoor. This serial depicts the mystery of Lord Shiva’s temple in Devlali.

After that, Mallika appeared in Vijay Singh Phoolka’s TV serial Bepannah on Colors TV, where she played the role of Sakshi Mathur. She was also a part of serial Kullfi Kumarr Bajewala aired on Star Plus where she appeared in guest role as Ammaji. Mallika grabbed headlines for playing role of Sharda Khurana in the serial Yeh Hai Chahatein produced by Ekta Kapoor and Shobha Kapoor. This serial was based on love story between a famous actor, Rudraksh Khurana and Dr. Preesha Srinivasan.

Millka is married to Mr. Khanna. The couple is blessed with two children, a son and a daughter.

Hi, Please comment below for update and correction about Mallika Nayak.