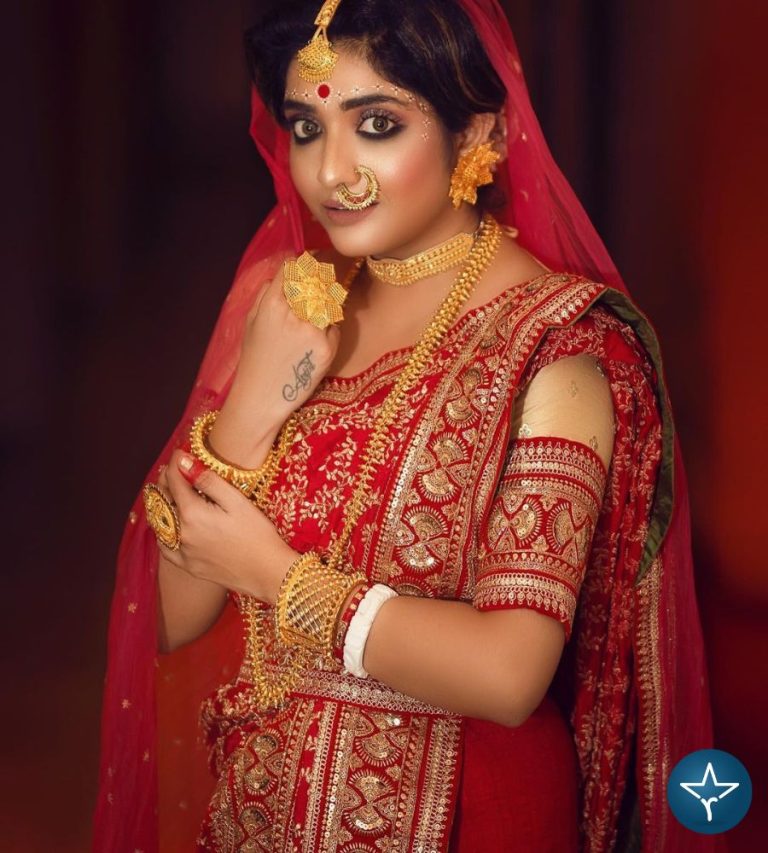 Manosi Sengupta is an Indian Bengali television actress and model. She got popularity for her role in Ki Kore Bolbo Tomay as Payel Sen. It is an Indian Bengali television romantic family drama serial broadcasted on the TV channel Zee Bangla. She then appeared in TV show Banni Chow Home Delivery and Mose Chhal Kiye Jaaye. Manosi was also a part of Bengali web series Katakuti in 2022.

Manosi Sengupta was born on 1 July in Kolkata, West Bengal. During her college days, she was inclined towards becoming an actor. She started her career from modelling and then stepped into television industry as an actress. She got popularity for portraying negative lead roles in TV shows. She has a sister, Raima Sengupta.

Both the sisters are very popular in television industry.

Manosi got popularity with her role in TV series Uma, a 2021 sport drama television series which was broadcasted on Zee Bangla. Manosi was also appeared in serial Mose Chhal Kiye Jaaye as Tara aired on Sony TV starring Vidhi Pandya and Vijayendra Kumeria. It is the story of a girl named Saumya who dreams of becoming a writer and wants to work even after marriage. But her marriage is fixed with Armaan Oberoi, a famous TV producer who promises her to make a career but the reality hits different.

She was also a part of TV show Banni Chow Home Delivery. She played a negative role in this show aired on Star Plus.

Manosi was appeared in Bengali web series Katakuti as Kaushani in 2022. This story depicts the heart wrenching journey of the character transition of Aditya. How life’s turn of events turns an innocent boy to this radical character.

Manosi has also worked in Pilu as Bindhi Arsin. This story is a love story between Pilu and Aahir. Pilu, a folk singer from a village, meets Aahir, a classical singer, trained by Pilu’s father, whom she has never met.

Hi, Please comment below for update and correction about Manosi Sengupta.