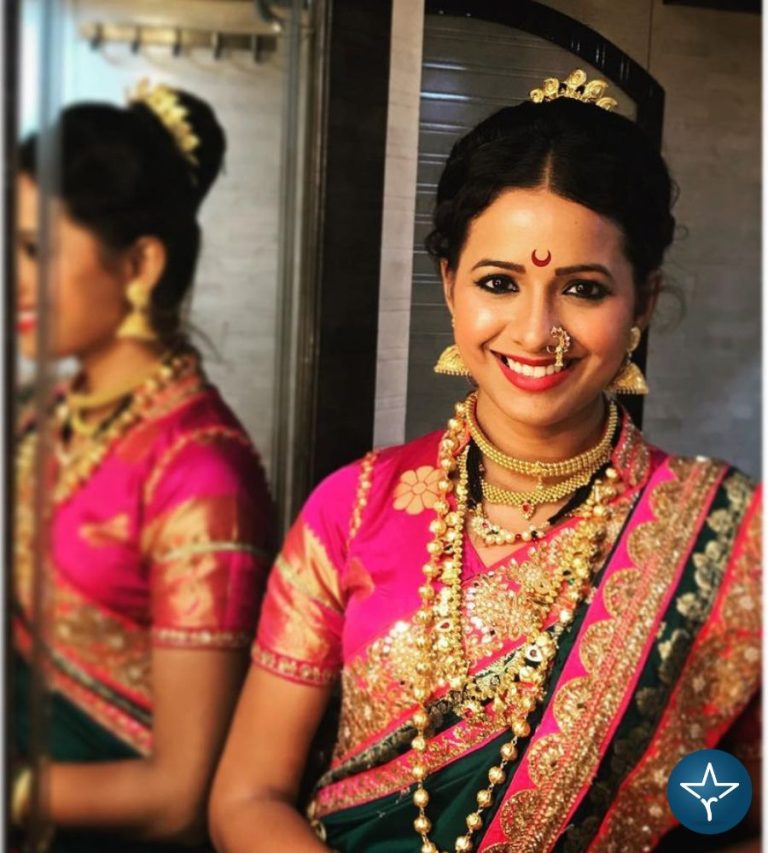 Mayuri Wagh is an Indian television actress who has primarily worked in Marathi serials. She is best known for casting in and as Asmita opposite Piyush Ranade. She then worked in several television serials out of which Ti Fulrani brings her immense popularity and appreciation. She was recently seen in spiritual TV serial Aashirwad Tuza Ekvira Aai.

Mayuri Wagh was born on 1 December 1988 in Dombivli, Mumbai. She has completed her studies from Tilak Nagar Vidya Mandir and then went to Wajhe Kelkar College for pursuing bachelors degree in economics. She is gifted in emotional expressions, languages and physicality which makes her perfect fit for pursuing acting as a profession.

Mayuri started her acting career with Marathi television serial Vachan Dile Tu Mala aired on Star Pravah as Rama in the year 2009. But she got popularity for working in Marathi soap opera Asmita where she was casted in main lead opposite Piyush Ranade. The story revolves around detective Asmita who inspires many to take their problems head on with hope and determination.

Mayuri is currently working in the serial Aashirwad Tuza Ekvira Aai. The show is based on the Goddess Ekvira Devi (also worshipped as Bhavani), who is believed to be the Swayambhu Mother Goddess. The show will also portray how the goddess helps her devotees in difficult times and how she takes away their pain and give them happiness.

Hi, Please comment below for update and correction about Mayuri Wagh.