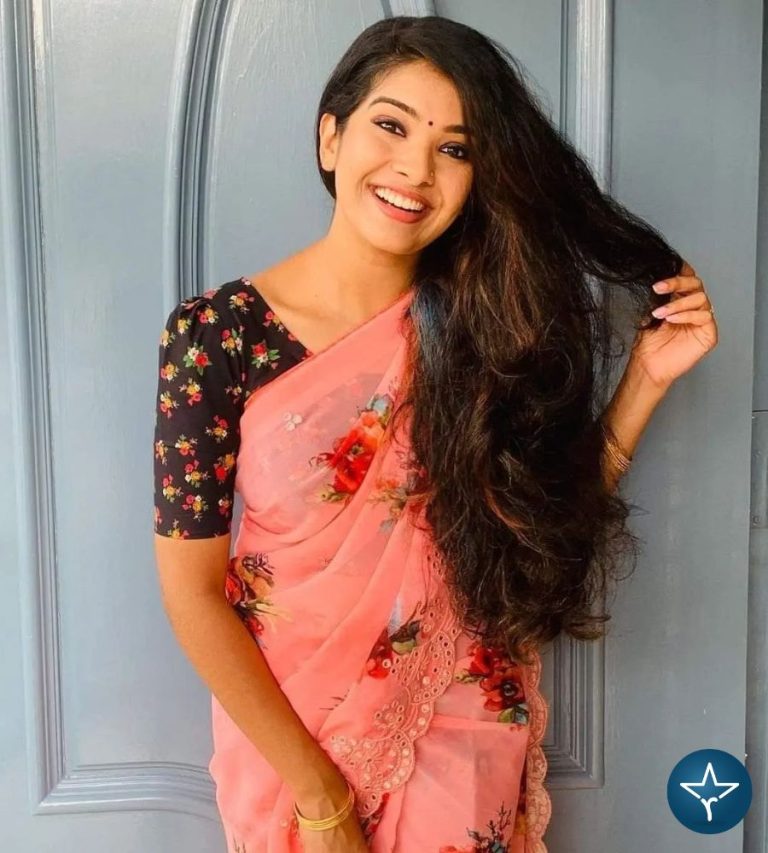 Monisha Arshak is an Indian actress primarily known for working in Tamil and Malayalam television industry. She forayed into acting with the Malayalam television serial Manjurukum Kaalam as Janikutty. Monisha is the recipient of various awards honored for her mesmerizing acting.

Monisha Arshak was born on 19 September 1990 to Mr. PK Shaji and Mrs. Indira in Wayanad, Kerala. She did her schooling from Thripunithura Sanskrit Higher Secondary School and went to Malabar Christian College, Calicut for pursuing graduation. Monisha has two brothers Midhun and Manek Shah.

Monisha Arshak started her career with the Malayalam daily soap opera Manjurukum Kaalam. Monisha’s character Jaani, in the show was a massive hit. The serial depicts the story of Janikutty, after her mother’s death, she was raised by Vijayaraghavan and Rathnamma. However, she faces several problems when Rathnamma begins to neglect her after having her own child.

With the success of Manjurukum Kaalam, Monisha became the first choice of prominent producers and directors. She was then casted in several colossal budget serials like Jagratha as Deepthi, Malarvadi as Thenmozhi, Aranmanai Kili as Janaki Arjun Sundareshwar and Poorve Poochudava as Janaki Mahendra Singh.

Monisha grabbed headlines for her acting in Tamil family drama Pachakili which focuses on how Pachakili and Adithya come together under one roof despite their contrary ideologies on family and marriages. Monisha was casted in a titular role in the serial.

Monisha is married to Arshak Nath in the year 2018. Wedding teaser of the couple which gave a glimpse of traditional Kerala style wedding, went viral and grabbed audience’s attention. The video posted on her social media page gets flooded with wishes and blessings from her ever loving fans.

Hi, Please comment below for update and correction about Monisha Arshak.