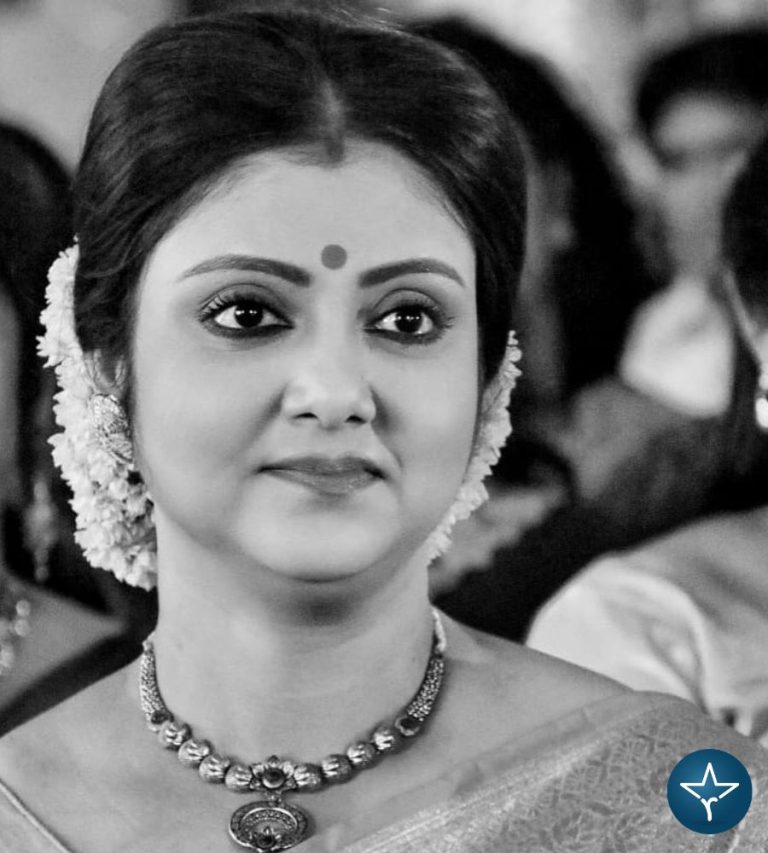 Moyna Mukherji is a famous Indian Bengali actress. She got immense popularity for her acting as Anandi Ganguly in Dhulokona. She was once casted in Hoichoi’s web series Maradonar Juto. Moyna was also appeared in Bhaggolokkhi as Lakshmi Sarkar aired on channel Star Jalsha.

Moyna Mukherji was born on 4 April in Kolkata, West Bengal. Since her childhood, she wanted to become an actress. During her college days, she explored her acting talent and stepped into Bengali television industry.

Moyna Mukherji got popularity with her role Lakshmi Sarkar in Bhaggolokkhi aired on Star Jalsha. The story revolves around Bodhayon Sarkar and his two younger brothers, Rupayan and Subhayan. These three brothers and their paralysed mother Lakshmi lead a happy life until they face a huge setback.

She was also a part of Bolo Dugga Maiki, an Indian Bengali language romantic comedy film directed by Raj Chakraborty as Pia.

She then appeared in web series Maradonar Juto, the story of two neighboring families who have a generational feud about a pair of shoes which belongs to football player Maradona.

She was also appeared as Anandi Ganguly in Dhulokona, an Indian Bengali television series which was premiered on Star Jalsha. The show was produced under the banner of Magic Moments Motion Pictures.

Moyna Mukherji is married to famous actor Samrat Mukherji. They both had twin baby boys named Saagar and Samudraa.

Hi, Please comment below for update and correction about Moyna Mukherji.