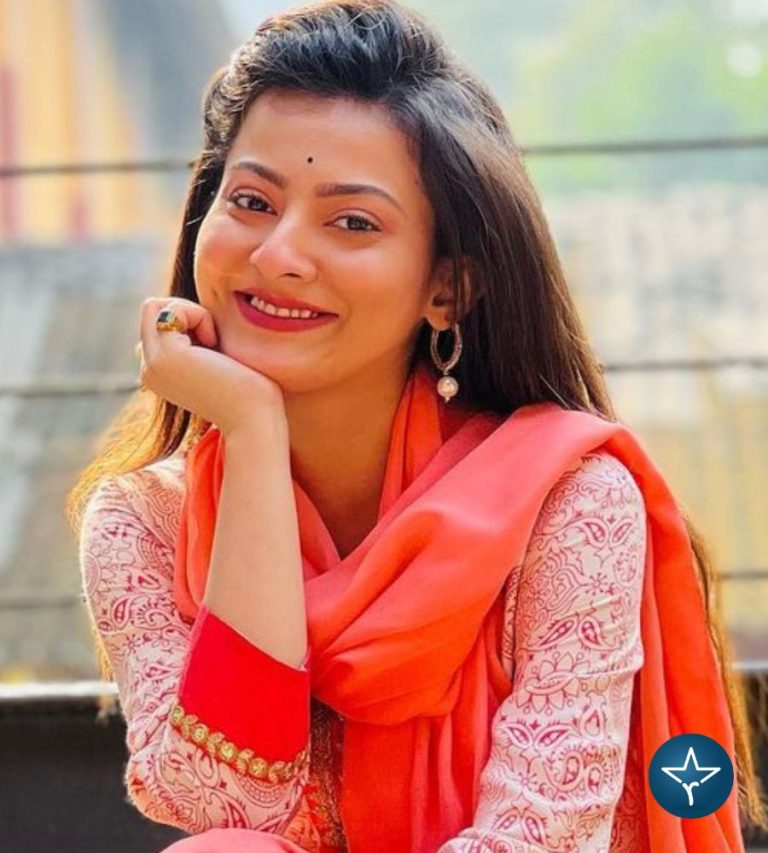 Nabanita Malakar is an Indian Bengali actress who mainly works in television serials, web series and films. She is popularly known for featuring in Ei Chheleta Bhelbhelea serial as Aishwarya who is well known as Mimi in the year of 2016-17. Besides, she has worked in many serials like Manasa, Arabya Rajani and Punyi Pukur. Nabanita has also featured in some Bengali album songs.

Nabanita Malakar was born on 4 August in Jalpaiguri, West Bengal. Her father’s name is Dilip Malakar and mother’s name is Dolon Malakar. She has a sister named Dip Malakar. Nabanita has done her schooling from Sunitibala Sadar Girls High School. After schooling, Nabanita went to Anandra Chandra College where pursued her B.A degree (Bachelor of Arts).

Nabanita started her acting career by playing a role of supporting actress in Agomoni serial. After making debut, Nabanita appeared in Colors Bangla’s drama serial Aponjon where she played a role of Shiuli in the year of 2015-17. Later, Nabanita got popularity for recurring the main role of Aishwarya well known as Mimi in romantic drama serial Ei Chheleta Bhelbheleta. The serial was directed by Saibal Banerjee and in this serial she starred alongside Prapti Chatterjee and Somraj Maity. After getting popularity, Nabanita appeared in Koushik Roy’s serial Punyi Pukur as supporting actress role of Aratrika and Mimi and in Subrata Roy’s serial Manasa as supporting actress role of Saraswati.

Nabanita is also best known for portraying a lead role of Lokkhipriya in Colors Bangla’s drama serial Mahaprabhu Shri Chaitanya in the year of 2018. In 2021, she got again immense popularity for playing a main role of Jyoti in romantic drama serial Sagar Jyoti. The serial story revolves around a girl Jyoti who belongs to middle-class family and falls in love along Sagar who belongs to rich family. In November 2022, Nabanita featured in Anup Chakraborty’s drama serial Neem Phooler Madhu where she recurred the role of supporting actress as Tinni alongside Manosi Sengupta, Pallavi Sharma and Rubel Das.

Nabanita Malakar is relationship with Sayak Chakraborty who is an Bengali actress and social media influencer.

Hi, Please comment below for update and correction about Nabanita Malakar.