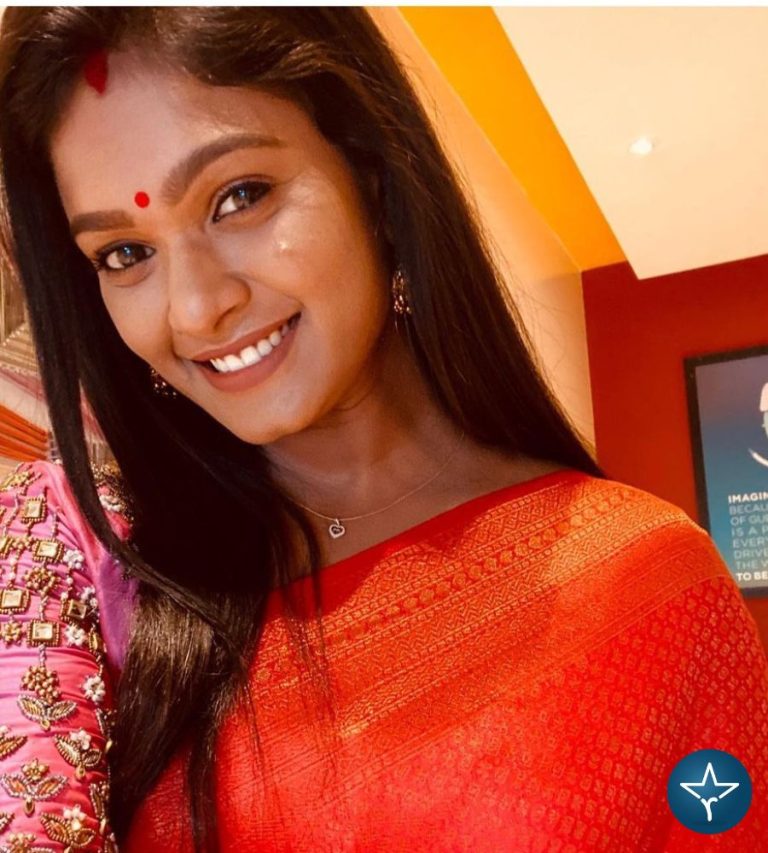 Nachathira is an Indian actress who is primarily known for her acting in Tamil daily thriller drama series Yaaradi Nee Mohini as Vennila/Appu. Besides this she has also acted in several other television serials like Valli Thirumanam as Valli Karthik alongwith R. Shyam in the year 2022.

Nachathira is primarily known for her acting in Malayalam and Tamil television and film industry. She made her debut with the Tamil film Kida Poosari Magudi directed by J.Jayakumar in the year 2016. It is the tale of love that happens after marriage.

She rose to prominence for her acting in Tamil thriller soap opera Yaaradi Nee Mohini as Vennila/Appu, Mutharasan’s love interest and second wife who is famous in her village for her spiritual prayers. The show claimed to be the second-highest budgeted series on South Indian television.

She is currently working in Valli Thirumanam as Valli Karthik opposite R. Shyam. The story follows the life of a mischievous girl Valli (Nachathira) who is a bold and arrogant money lender. Karthik a soft, Kind-hearted man searches for a bride who has the same quality as he does.

Nachathira is a private person who loves to keep her life unexposed. She is married to a tattoo artist Vishwa Sam on 11 July 2022.

Hi, Please comment below for update and correction about Nachathira.