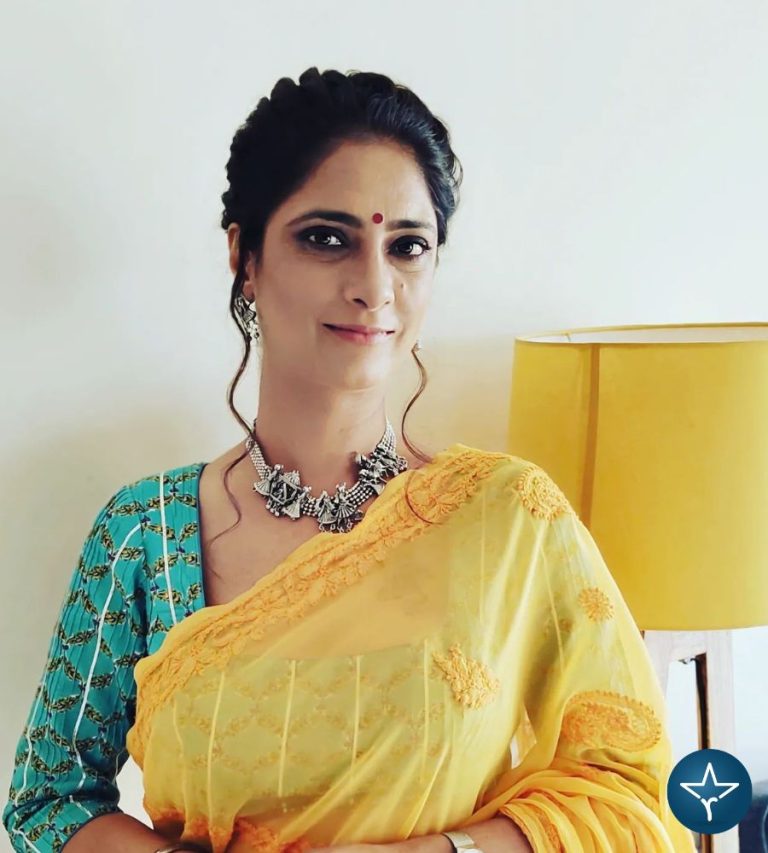 Neelu Dogra is an Indian actress. She got popularity for her acting in television paranormal drama serial Daayan as Menka Raichand. She was also a part of TV serial Bhagya Lakshmi and Kasauti Zindagi Ki as Rondita Bhasin. Apart from this, Neelu was also a part of several web series, web sketches and short films.

Neelu Dogra was born on 9 September 1976 in Jammu and Kashmir. Neelu completed her diploma in acting from the National School of Drama (NSD) in New Delhi. She started her career with theatres in the year 1993 and since then she has acted in various theatre plays, television shows and web series.

Neelu is married and has two children, one daughter and a son.

Neelu Dogra got her first exposure on television with the 2018 serial Daayan as Menka Raichand. The show is a paranormal romance drama series created by Ekta Kapoor under Balaji Telefilms. The series revolves around two people who are madly in love with each other and how their lives change when a daayan enters their lives and creates havoc.

Neelu then appeared in 2019 comedy movie Do Band Radio as Rubina. This movie very humorously depicted the response and reactions of villagers to the very first Radio in the village which changed everyone’s life.

Neelu appeared as a lead actress in the short film A for Antara in 2021. This is a woman centric film which discusses woman’s suffering and hardships.

She was also a part of Huma Qureshi’s television series Maharani. This political multi-seasons series is partly inspired by what happened in Bihar in the 1990s when Lalu Prasad Yadav made his homemaker wife Rabri Devi his successor.

Hi, Please comment below for update and correction about Neelu Dogra.