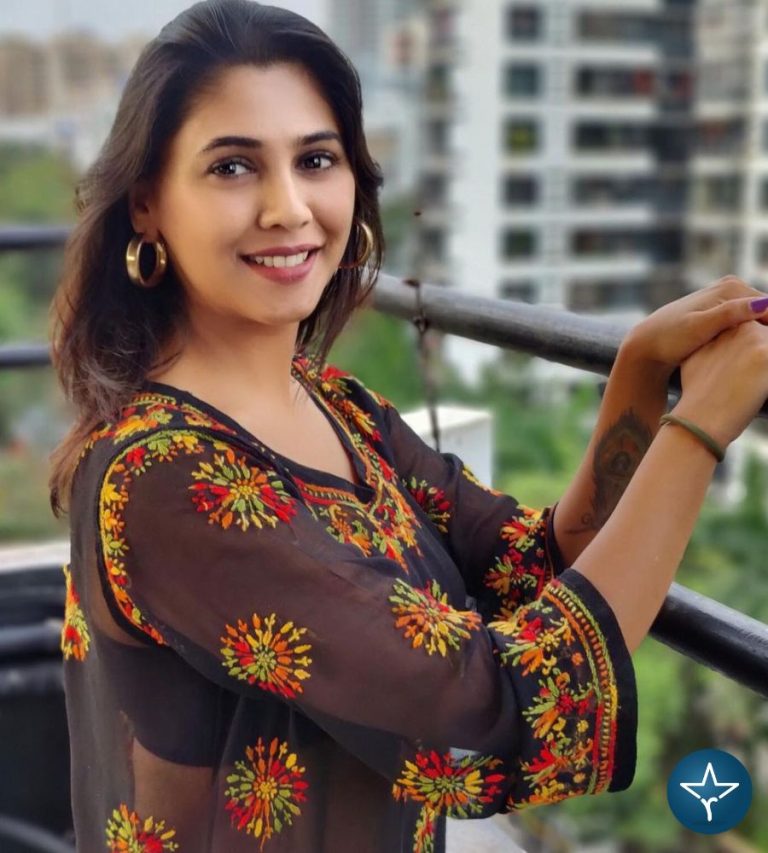 Pooja Purandare is a popular Marathi television actress. She has appeared in various Marathi TV shows like Nakushi and Sahkutumb Sahaparivar. She got popularity after her role Miss Nashik Kaamini Gunjal in Colors Marathi’s show Sundara Manamadhe Bharli along with Sameer Paranjape, Akshaya Naik and Atisha Naik in the year 2020.

Pooja was born on 23 December 1994 to Ajit and Nandini Purandare in Pune, Maharashtra. She did her schooling from P. Jog High School, Pune. She then pursued Bachelor’s in Commerce degree from Smt. Kashibai Navale College of Commerce.

Pooja started her acting career with Star Pravah’s show Nakushi: Tarihi Havi Havi Shi. The show is based on Nakushi, an ordinary girl breaks all the stereotype and myths surrounding her and empower herself.

She became a household name with Colors Marathi’s show Sundara Manamadhe Bharli as Miss Nashik Kaamini Gunjal, featuring Akshaya Naik and Sameer Paranjape. This show depicts the story of a girl who faces a lot of rejection because of her weight. However, her life changes when she meets Abhimanyu, a fitness enthusiast.

She was also appeared in Sahkutumb Sahaparivar aired on Star Pravah along with Akash Gandhi and Akash Nalawade where a couple who lead a peaceful and happy life sacrifice their dreams and ambitions for the betterment of his brothers. Although, Pooja has played a negative role in this TV show.

Hi, Please comment below for update and correction about Pooja Purandare.