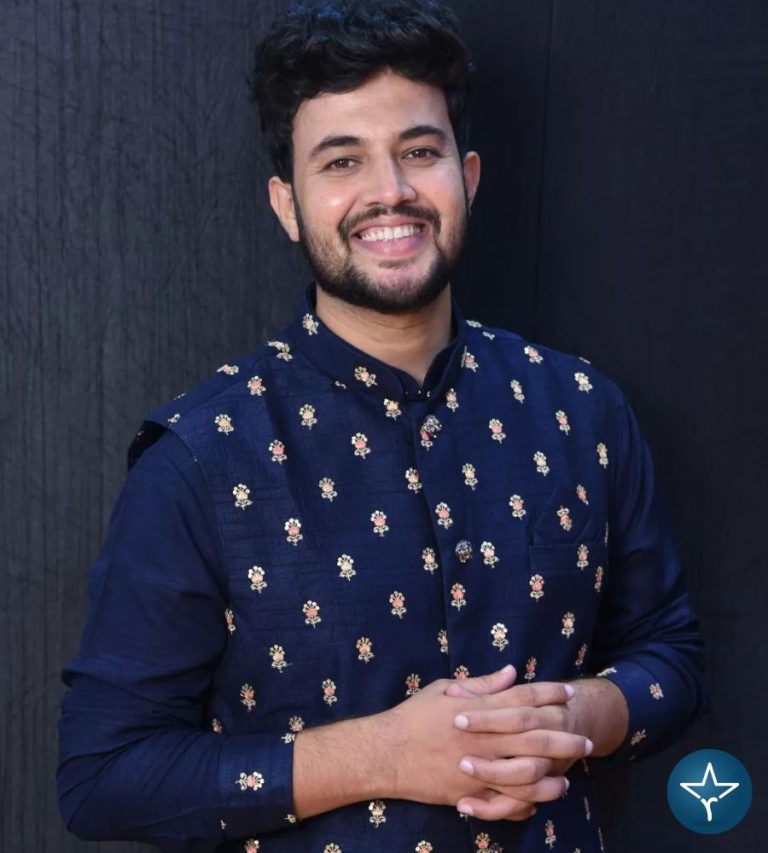 Prasad Jawade is an Indian actor who has predominantly worked in Marathi entertainment industry. He rose to prominence with his acting as Bhimrao Ramji Ambedkar in Hindi daily drama serial Ek Mahanayak – Dr. B.R. Ambedkar aired on &TV. Prasad is currently appearing in season 4 of Marathi Bigg Boss.

Prasad Jawade was born on 30 November 1988 to Mr. Pramod and Mrs. Pradnya Jawade in Pune, Maharashtra. He has completed his schooling from Mount Saint Ann Convent High School and then went to Ness Wadia College of Commerce for pursuing higher education. Prasad have an elder sister, Priti Goje.

Prasad Jawade started his acting career with Marathi television serial Mazhiya Priyala Preet Kalena as Jay Prabhu in the year 2011 which was aired on Zee Marathi. The series explores the lives of Shamika and Abhijeet and the hardships faced but solved with their unconditional love for each other and the emotional journey the couple undergo. He has also sparkled his acting talent in Marathi TV serial Ase He Kanyadan aired on Zee Marathi which deals with the father-daughter relationship.

Prasad then appeared in Hindi drama Ek Mahanayak – Dr. B.R. Ambedkar as Bhimrao Ramji Ambedkar which was aired on &tv. The serial depicts the story of BR Ambedkar who strives for basic human rights and equality for all due to socio-economic discrimination.

Hi, Please comment below for update and correction about Prasad Jawade.