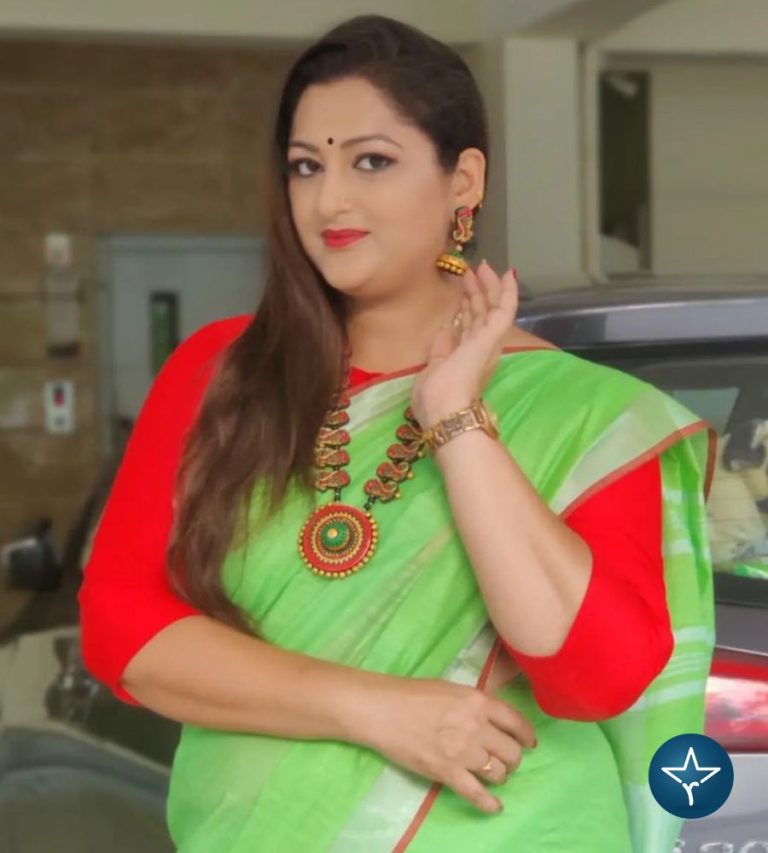 Rekha Krishnappa is an Indian actress and social media influencer. She is well-known for acting in Tamil TV serial Deivamagal as Gayathri, aired on Sun TV. Besides acting in television serials, Rekha has also worked in films like Paruthiveeran, Their, and Kavalai Vendam.

Rekha Krishnappa was born on 4 September 1985 in Bangalore, Karnataka. She has completed her schooling from MES High School. Later on, she went to BHS First Grade College, Bangalore for pursuing her post graduation degree.

Rekha started her career while working in Malayalam serial Parijatham which was telecasted on Asianet TV in the year of 2009. After that, She then made her debut in Kannada film industry with the movie Maanikya , where she played a role of Manasa’s mother. This movie revolves around a girl who collects fund for an organization in Singapore.

Later on, Rekha worked as a lead role in television drama serial Deivamagal where she appeared as Gayathri along with Vani Bhojan and Krishna Ragunandhan. This story revolves around the Prakash and his wife Sathyapriya who face numerous challenges to keep their family united even as his sister-in-law Gayathri conspires to acquire his ancestral home.

Rekha tied her knot with Vasantha Kumar who is an artist. The couple is blessed with a daughter Pooja. Pooja is also an Indian actress, model and social media influencer.

Hi, Please comment below for update and correction about Rekha Krishnappa.