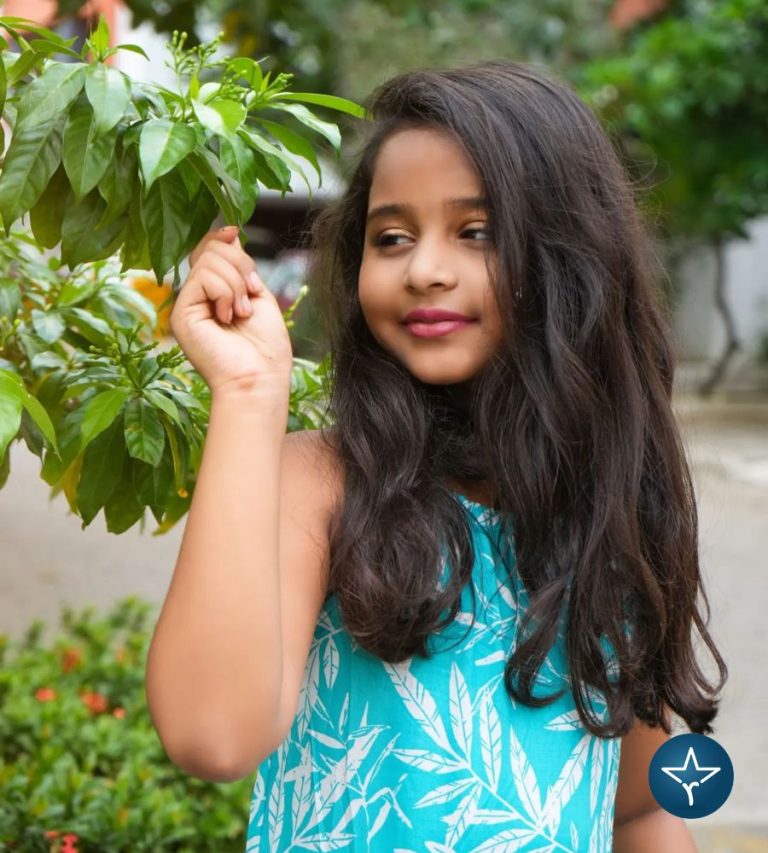 Riya Manoj is a Indian Child artist and social media influencer. She is well-known for acting in Tamil TV serial Abhiyum Naanum where she has appeared as Abhirami, aired on Sun TV. Riya was also appeared in popular television show Junior Super Stars Season 3.

Riya started her career while appearing in season 3 of Junior Super Stars which was judged by Krishnasaamy Bhagyaraj. The show was a Tamil language children talent-search reality show aired on Zee Tamil.

Later on, Riya got an opportunity to work in Tamil television serial Senthoora Poove where she appeared as Kayal in the year of 2020. Riya then grabbed headlines for acting in television drama Abhiyum Naanum where she played a lead role of Abhirami along with Vidhya Mohan.

Hi, Please comment below for update and correction about Riya Manoj.