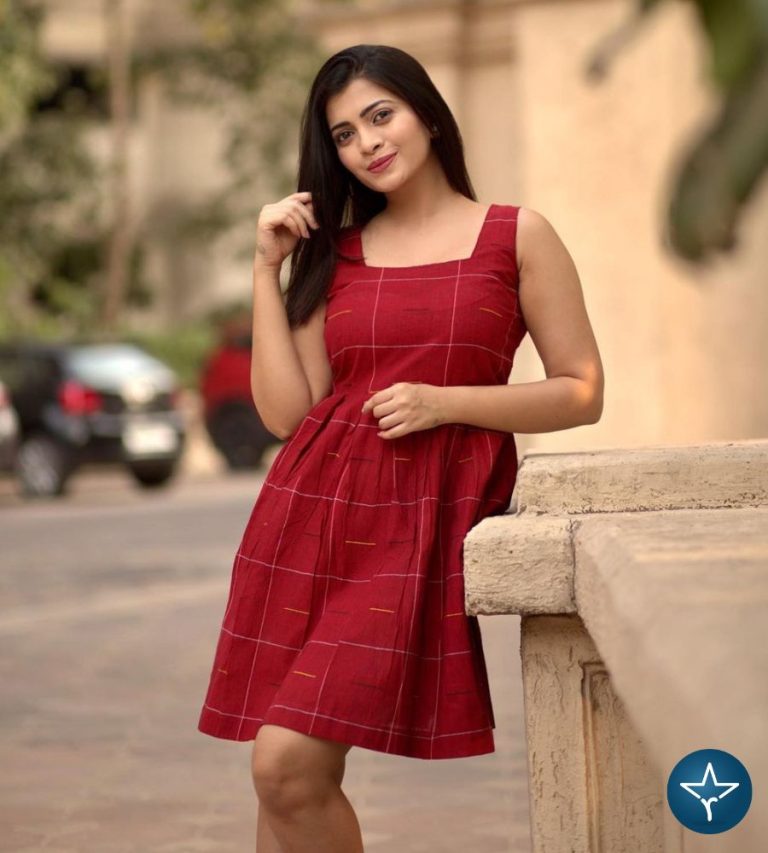 Ruchira Jadhav is an Indian actress who has predominantly worked in Marathi television industry. She rose to prominence with her acting in daily drama serial Mazhya Navryachi Bayko as Maya. Ruchira then grabbed headlines for appearing as contestant in Marathi Bigg Boss season 4 in the year 2022.

Ruchira Jadhav was born on 13 July 1989 to Mrs. Maya and Mr. Ravindra Jadhav in Mumbai, Maharashtra. She has completed her schooling from Mumbai based Parag Vidyalaya and then went to KJ Somaiya College of Arts and Commerce for further education. Apart from her parents, Ruchira also have a sister, Rutuja Jadhav, in her family.

Ruchira Jadhav made her acting debut with the Marathi television serial Tuzya Vachun Karmena in the year 2016. She then garnered attention with her acting as Maya in family drama serial Mazhya Navryachi Bayko. The show is one of the top rated Marathi TV show from its inception and also Zee Marathi’s sixth longest running Marathi soap opera.

Apart from these she has also worked in several other TV serials such as Be Dune Daha, Prem He, Majhe Pati Saubhagyawati and many more. Ruchira grabbed headlines for appearing in Marathi television reality drama show Bigg Boss season 4 hosted by Mahesh Manjrekar.

Hi, Please comment below for update and correction about Ruchira Jadhav.