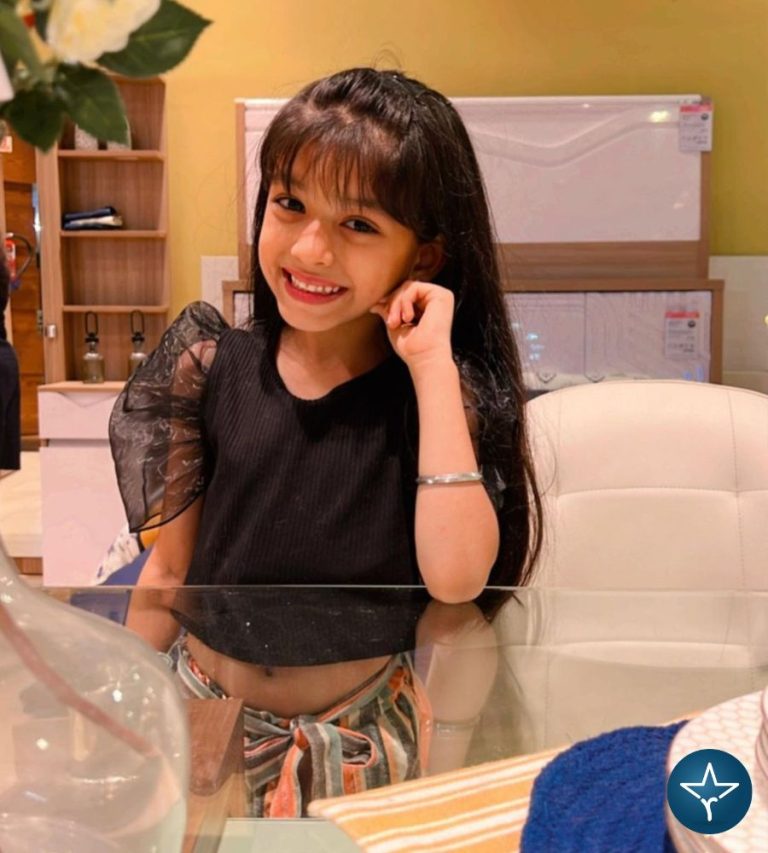 Saisha Bhoir is an Indian child artist who got popularity for acting in Rang Maza Vegla as Kartiki Inamdar. Saisha then appeared in television serial Nava Gadi Nava Rajya as Reva. She has accomplished innumerable milestones at a very tender age.

Saisha Bhoir was born on 25 November 2014 to Ms. Pooja and Mr. Vishant Bhoir in Kalyan, Maharashtra. Since her toddlerhood, she always used to be in limelight because of her innocent and bubbly nature. Saisha is full of life and can easily attract anybody with her adorable smile.

Saisha was immensely appreciated for her first work as Kartiki Inamdar in daily soap opera Rang Maza Vegla aired on Star Pravah. The show is the official remake of Malayalam TV series Karuthamuthu.

Hi, Please comment below for update and correction about Saisha Bhoir.