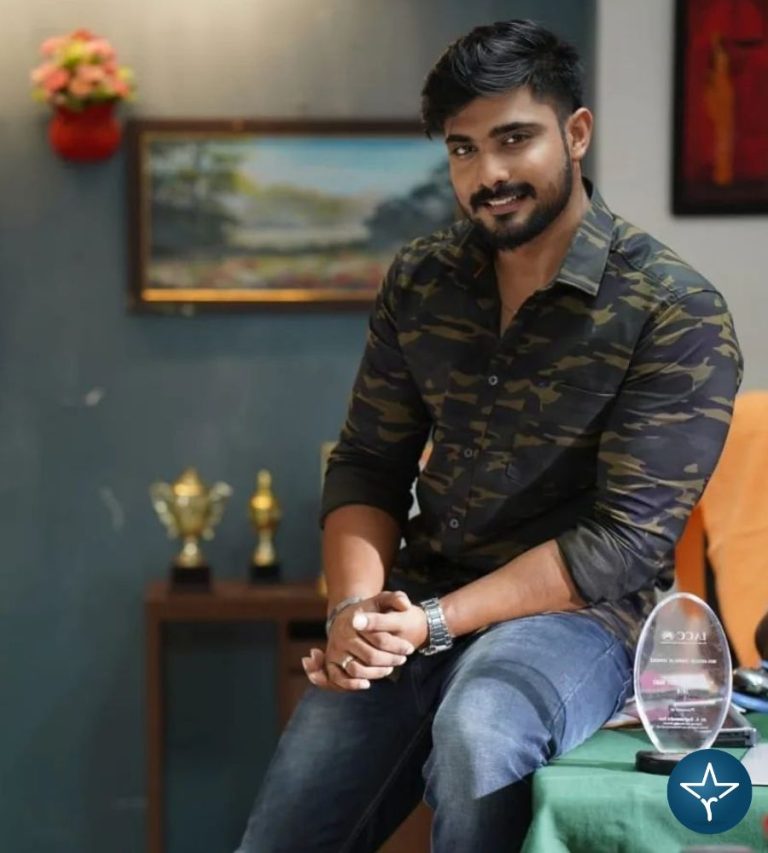 Sameer Ahamathu is an Indian actor, model and social media influencer who has predominantly worked in Tamil television industry. He is best known for portraying the role of IPS Suryakumar Sivaraman aka Surya in the serial Sillunu Oru Kaadhal. Sameer is the recipient of several awards honored for his mesmerized acting.

Sameer Ahamathu was born on 4 December 1994 in Coimbatore, Tamil Nadu. Since his childhood, Sameer was very fascinated with the lives of actors and wanted to become one. After completing his studies, Sameer devoted all his time and efforts in making his way to the Tamil television industry.

Sameer started his career while participating in several modelling competitions. He won the title of Mr. Tamil Nadu in the year 2019 and was selected under top-5 prime finalists of Mr. India, same year.

After a brief modelling career, Sameer made his debut with Tamil drama serial Sillunu Oru Kaadhal as one of the main lead opposite Darshini Gowda. In this serial, he plays the role of DCP Suryakumar Sivaraman aka Surya, an inspiring police officer and Kayal’s husband.

Sameer is married and the couple blessed with a baby boy Arzaan Ahamathu. He used to share fun videos with his son oftentimes.

Hi, Please comment below for update and correction about Sameer Ahamathu.