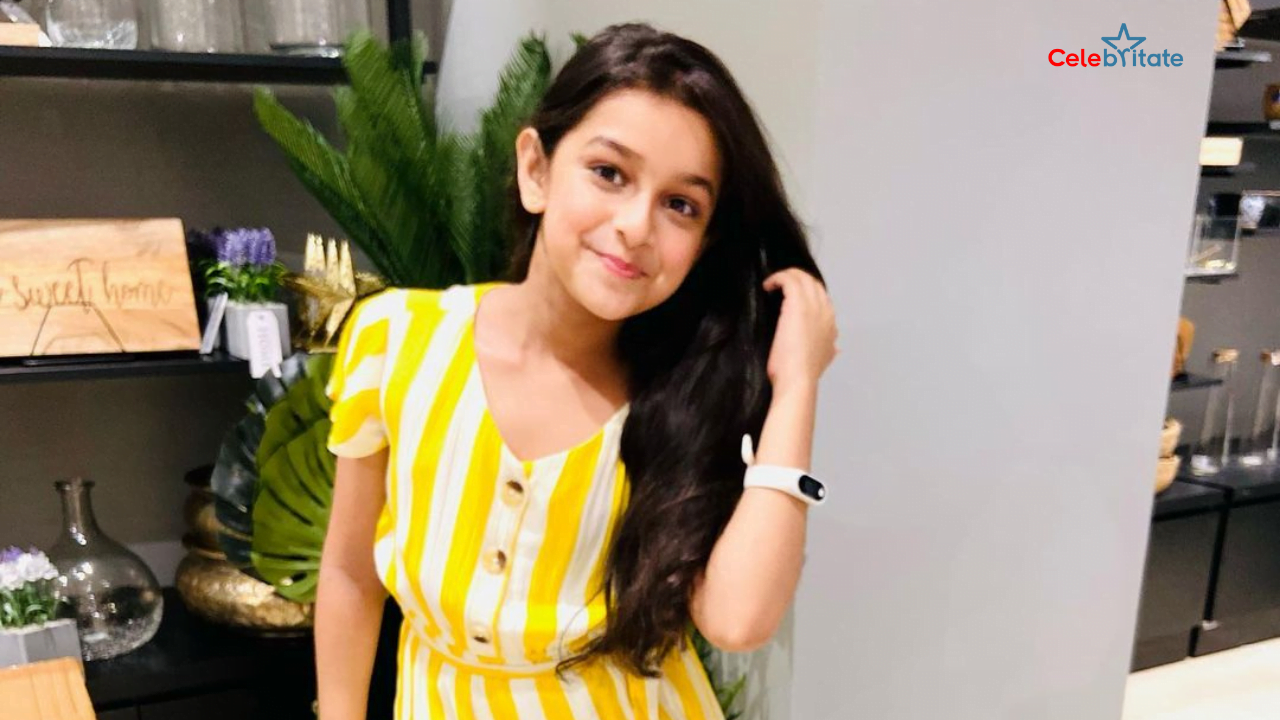 Shivika Rishi is an Indian child actor. She is very famous for her role of Natasa in TV show Kasam Tere Pyaar Ki. Shivika is active in TV industry since childhood. She has done so many TV show and appeared in several films.

Shivika Rishi was born on 2 July 2012 in Mumbai, India. Her father is Mr. Anand Rishi and mother is Shilpa Sodiyan. Shivika is doing acting at the age 4. She has been part of so many television serials and movies.

Shivika started her career as a child model at the age of 4. In 2016, she has participated in ‘India Kids Fashion Week’. Shivika came in limelight for her role of ‘Natasha’ in popular television show Kasam Tere Pyaar Ki. After that, Shivika performed with many Bollywood celebrities including Amitabh Bachchan, Salman Khan, Hema Malini, Hritik Roshan, Katrina Kaif, Jacqueline, Alia Bhatt, Jimmy Shergill, Mahi Gill etc. She has won many award for her acting and also done commercial advertisement for well known brands and products.

If you have more details about Shivika Rishi. Please comment below we will updated ASAP.