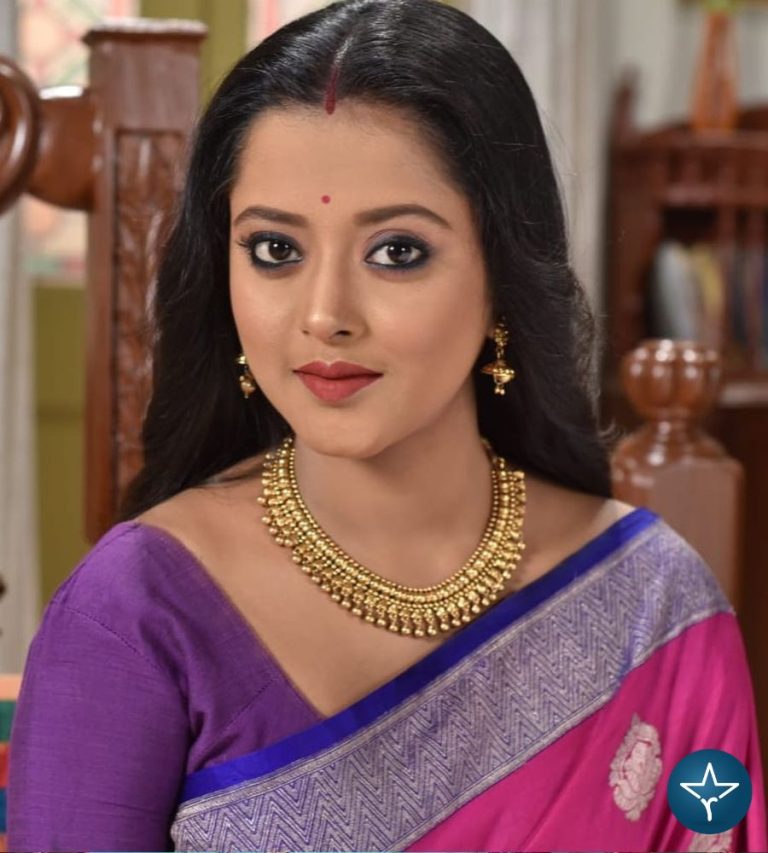 Shruti Das is an Indian actress who has primarily worked in Bengali television serials. She first rose to prominence with her acting in supernatural daily soap opera Trinayani as Trinayani Basu aka Nayan. She is currently appearing in romantic drama serial Ranga Bou as Pakhi.

Shruti Das was born on 2 October in Kolkata, West Bengal. Since childhood, Shruti was very much inclined towards acting and wanted to pursue her career in the same field. After her basic education, Shruti started appearing in several auditions to get a role.

Shruti Das grabbed headlines for appearing in supernatural Bengali daily drama serial Trinayani as Trinayani Basu aka Nayan. The serial revolves around Trinayani’s divine power to foresee the future and her urge to save her husband’s life.

Shruti then appeared in family drama serial Desher Maati as Noa Bose Mukherjee. The story revolves around how Mukherjee family members who returns to Swarupnagar rediscover themselves.

She received immense popularity for acting as Pakhi in romantic drama serial Ranga Bou along with Gourab Roy Chowdhury.

Hi, Please comment below for update and correction about Shruti Das.