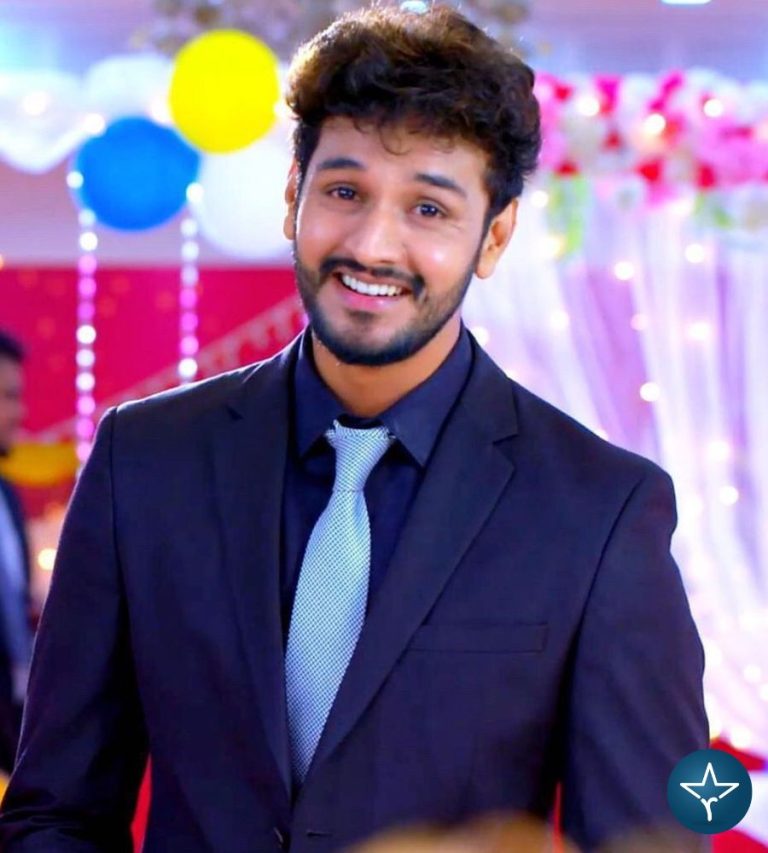 Sibbu Suryan is an Indian actor who has predominantly worked in Tamil and Kannada television industry. Sibbu is popularly known for appearing in the lead role of Arjun Prathap in Tamil daily soap opera Roja. Besides this he is also planning to make his big screen debut soon.

Sibbu Suryan was born on 26 March 1990 in Shimoga, Karnataka. Since his childhood, Sibbu was very much fascinated with the lives of actors and wanted to explore himself in acting too. After graduating from National Institute of Technology, he devoted all his time and efforts for acting.

Sibbu started his career while acting in Kannada daily soap opera Milana and then Radha Ramana. He grabbed headlines for his acting in Tamil daily soap opera Roja as Arjun Prathap. The daily drama is about the girl Roja and the bond she shares with her lovable husband Arjun. It was indeed a tough task to understand Tamil as he is a Kannadiga but somehow, he managed to master the language and gradually won the hearts of audience with his mind-blowing performance.

Sibbu is the recipient of several awards honored for his mesmerized acting in Roja. He was honoured with Most popular TV actor award and Debut actor of the year award. Sibbu along with Priyanka Nalkari won the Most Favourite Couple award for their chemistry in the serial Roja.

Sibbu tends to keep his personal life private. Although he is married to a software engineer and the couple is blessed with a baby.

Hi, Please comment below for update and correction about Sibbu Suryan.