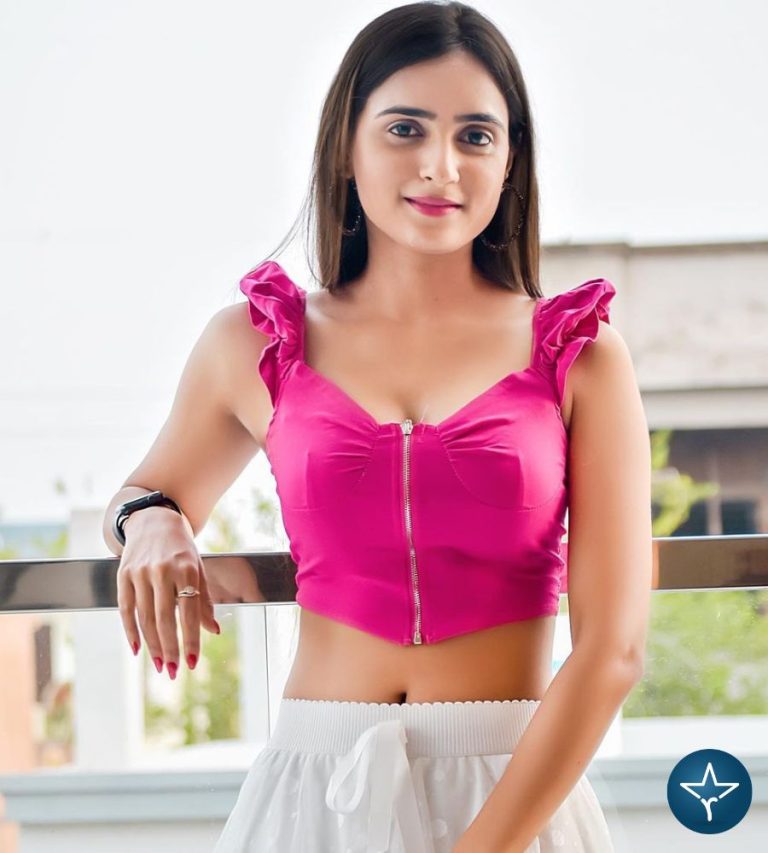 Sneha Tomar is an Indian actor, social media influencer and digital content creator. She rose to prominence with her acting in television serial Sasural Simar Ka 2 as Kajal. Apart from this Sneha has also worked in several other TV shows such as Kahan Hum Kahan Tum, Kasam Tere Pyar Ki and Laado 2. She is all set to win the hearts of audience with new Colors’ TV serial Sherdil Shergill.

Since her childhood, Sneha was very much fascinated with the lifestyles of Bollywood actress and wanted to become an actress too. After exploring several career options in College, Sneha did not feel content so she decided to try her hand in acting. It was indeed a tough journey for her to sustain in the industry without any Godfather but her earnest desire of acting kept her motivated throughout. Sneha finally got her first break in 2017 with daily soap opera Laado 2 which was a sequel of the 2009 series Na Aana Is Des Laado.

Sneha grabbed headlines with her amazing acting as Kajal Gupta in Sasural Simar Ka 2 aired on Colors TV. The show took everyone to a supernatural ride where Gitanjali Devi entrusts Simar with the task of finding an ideal bride for her grandson. Simar’s quest ends when she meets her namesake, Simar Narayan, an aspiring singer.

After receiving huge appreciation for playing Kajal on screen, Sneha is all set to impress the audience with her new character Gunjan in Sherdil Shergill. The show narrates the coming-of-age story of an unusual yet tenacious woman, Manmeet Shergill and carefree young man, Rajkumar Yadav.

Hi, Please comment below for update and correction about Sneha Tomar.