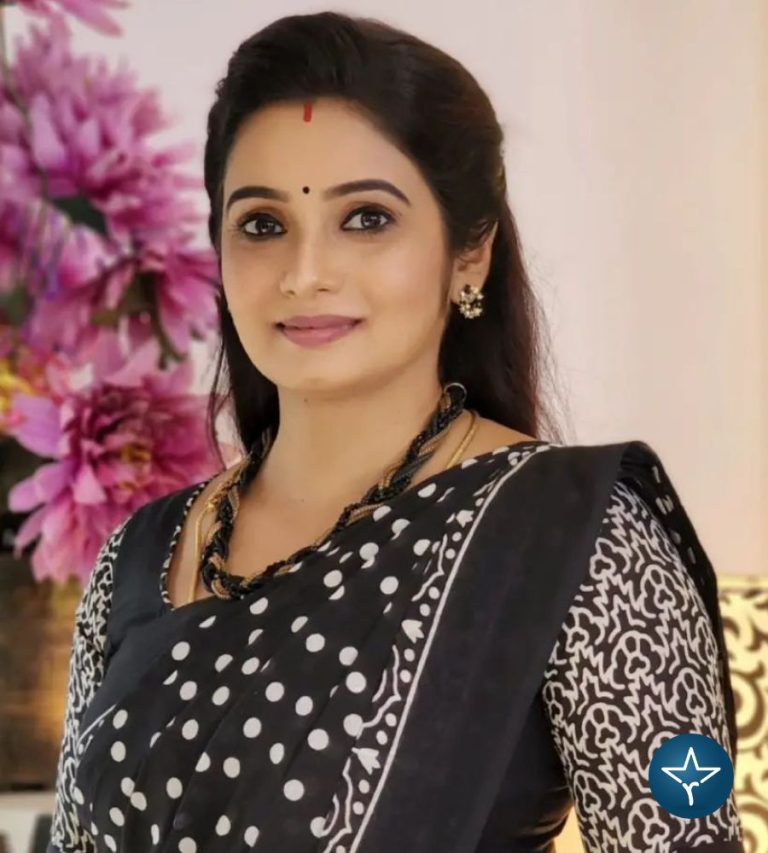 Srithika Saneesh is an Indian actress who hails Malaysia. She is well-known for her acting in Tamil television serial Kalyana Parisu season 2 where she played a role of Vidhya Ashok, telecasted on Sun TV. She is recently seen in popular drama serial Magarasi as Bharathi Puviarasan.

Srithika started her career in the age of 22 with the Tamil television serial Muhurutham where she appeared as Shalini, broadcasted on Sun TV in year of 2007. In the same year she was also seen in another television serial Kalasam where she played a role of Madhumitha. After that, Srithika made her debut in Tamil film industry with Mahesh, Saranya Matrum Palar movie produced by Chida. Shenbaga kumar in the year 2008.

She got popularity for her acting in period drama Kalyana Parisu season 2 as Vidhya Ashok.

Srithika grabbed headlines for playing role of Bharathi Puviarasan in serial Magarasi produced by Anuradha Sarin and R.Sathish Kumar, aired on Sun TV. She is also working in Telugu Television serial Aa Okkati Adakku where she is playing a role of Komala which is broadcasted on Gemini TV channel.

Srithika tied her knot with Saneesh on 30 December 2019. The couple is blessed with a son.

Hi, Please comment below for update and correction about Srithika Saneesh.