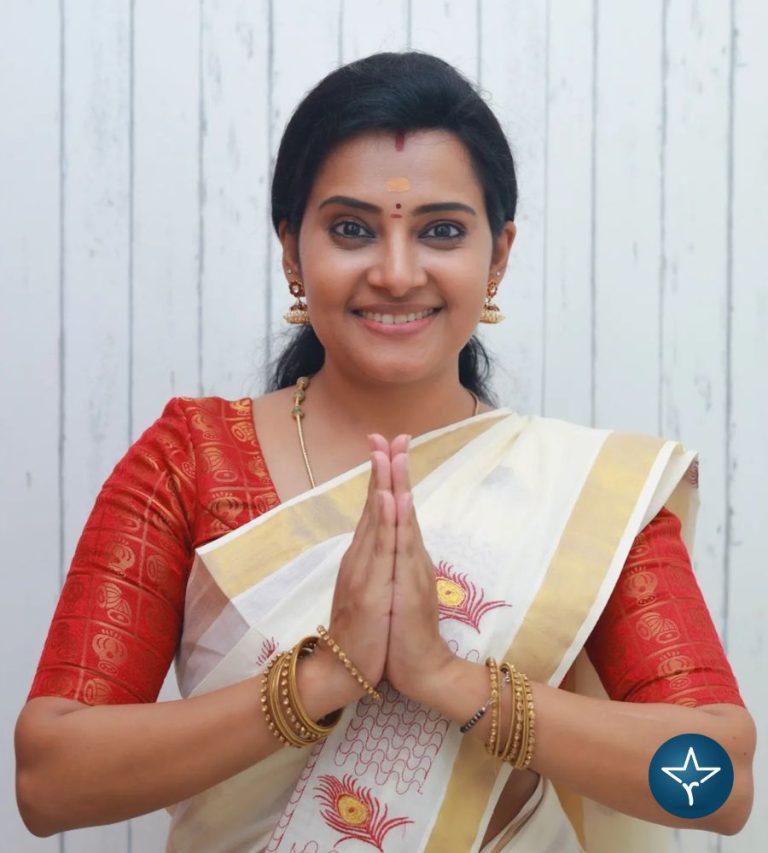 Sruthi Raj is an Indian film and television actress. She is well-known for acting in comedy drama Tamil TV serial Office as Rajalakshmi. Sruthi has worked in some Malayalam, Kannada, Tamil and Telugu film before moving into Tamil TV serial. She is currently working in TV serial Thalattu as Isaipriya Vijayakrishnan opposite Krishna Raghunandan. Sruthi is the recipient of several awards honored for her mesmerized acting.

Shruthi started her career while working in Malayalam film Agrajan in year of 1995 where she appeared in guest role as Jancy. After that, she appeared in the Tamil film Maanbumigu Maanavan where she played a key role of Priya. This movie was based on the love story of two college students.

Shruthi started her career in Tamil industry by working in romantic television serial Thendral as Thulasi Thamizharasan opposite Deepak Dinakar in year of 2009. She got immense popularity for her acting in period drama Thalattu as Isaipriya Vijayakrishnan which was produced by Shankar Venkataramanv.

Shruthi has won several awards like Best Actress in Tamil Nadu State Television Awards in the year 2010.  She has also won the award of Best Couple alongwith Deepak in Sun Kudumbam Awards in 2012.

Hi, Please comment below for update and correction about Shruthi Raj.