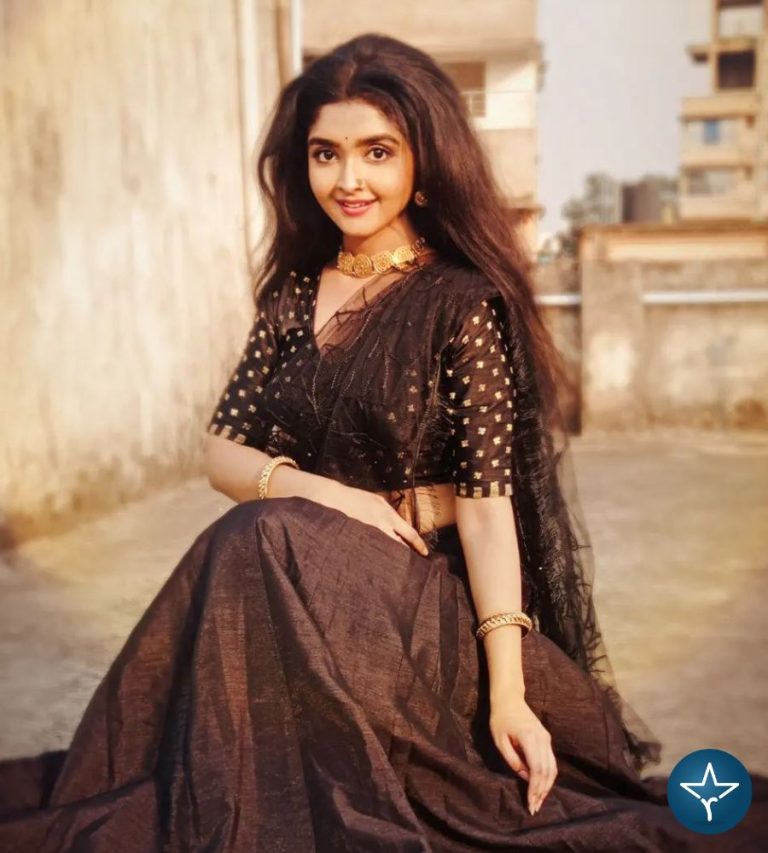 Sudipta Roy is an Indian actress who has primarily worked in Bengali television serials. She is best known for portraying the role of Ashalata in daily drama serial Chokher Bali aired on Zee Bangla. She then gathered immense appreciation for her acting in Pherari Mon premiered on Colors Bangla.

Sudipta Roy was born on 30 September 2000 to Mr. Swades Roy and Mrs. Dipti Roy in Tripura, India. She has completed her studies from Heritage Academy High School and then went to The Bhawanipur Education Society College for pursuing her graduation degree in English literature. Sudipta has a younger sibling Soumyadeep Roy.

Sudipta started her acting career with the television serial Chokher Bali as Ashalata. The story, carved beautifully by Tagore, is a reflection of man-woman relationship and much more. After the show she got recognition by the audience and soon gets casted in several popular TV serials like Adorini, Khirer Putul and many more.

Sudipta received immense appreciation for acting in and as Adorini. The story revolves around a poor village girl, Adorini has a pet parrot named Sallubhai, with whom she performs street shows. However, when she falls in love with Rayan, she and her parrot teach him the little joys of life.

She then sparkled her talent in yet another superhit show Pherari Mon as Tulsi where she fights against discrimination faced by her due to her gender. The actress has been working hard to get into the skin of the character.

Hi, Please comment below for update and correction about Sudipta Roy.