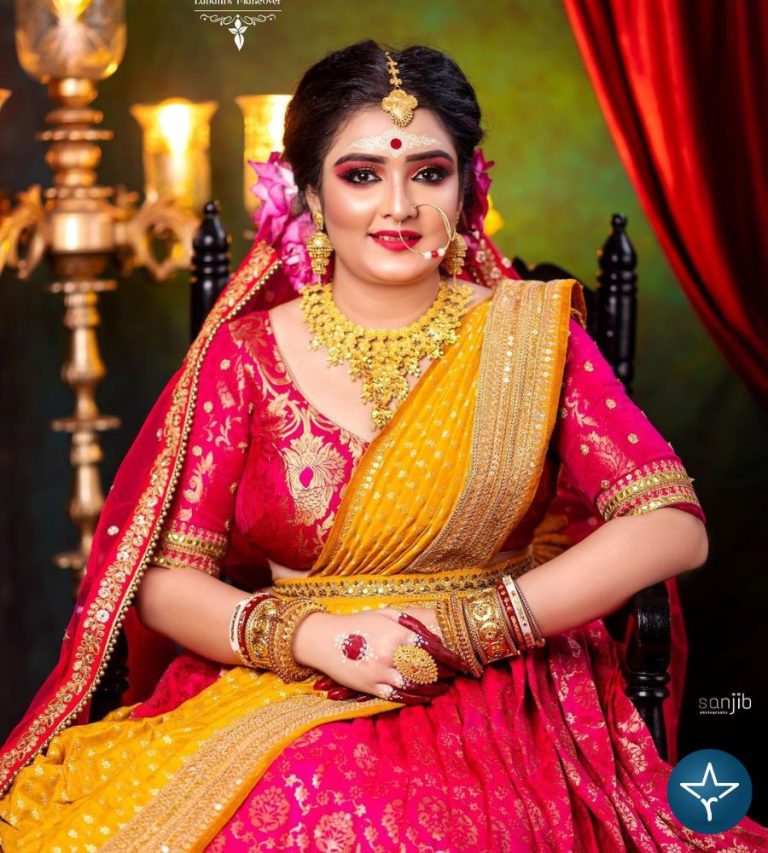 Twarita Chatterjee is a popular Bengali television actress and dietician. She got popularity with her role in Apni Ki Bolen on Star Jalsha where she played a character of 50 year old woman who decided to become a mother with the help of IVF. Twarita was also appeared in television series Kori Khela and Tumi Ashbe Bole. She was also a part of short film Party Blues.

Twarita Chatterjee was born on 3 August in Kolkata, Maharashtra. During her college days, she explored her acting talent and started her career as supporting role in Bengali television shows. She has an elder sister.

Twarita was appeared in Bengali TV reality show Apni Ki Bolen on Star Jalsha. This was the first time she played a journey of a woman who decided to be a mother with the help of IVF at the age of fifty.

She has also appeared in Kori Khela, an Indian Bengali language drama television series broadcasted on Zee Bangla as Subhra Sinha. The story centers on Pari and Apurba. Pari, a widowed lady lives with her son Kuttush. Her mother-in-law wants her to remarry, but she disagrees. She meets Apurba who seems to be responsible by nature. Whether Pari gives herself a second chance or not, makes the rest of the story.

She was also a part of Tumi Ashbe Bole as Disha Debroy. The show starred famous actor Rahul Banerjee and popular television actress Sandipta Sen. It was remade in Hindi on Star Plus as Silsila Pyaar Ka.

She was also a part of feature film Bidushok produced under the banner of Mukti Production.

She was married to Saurav Banerjee on 18 January 2021.

Hi, Please comment below for update and correction about Twarita Chatterjee.