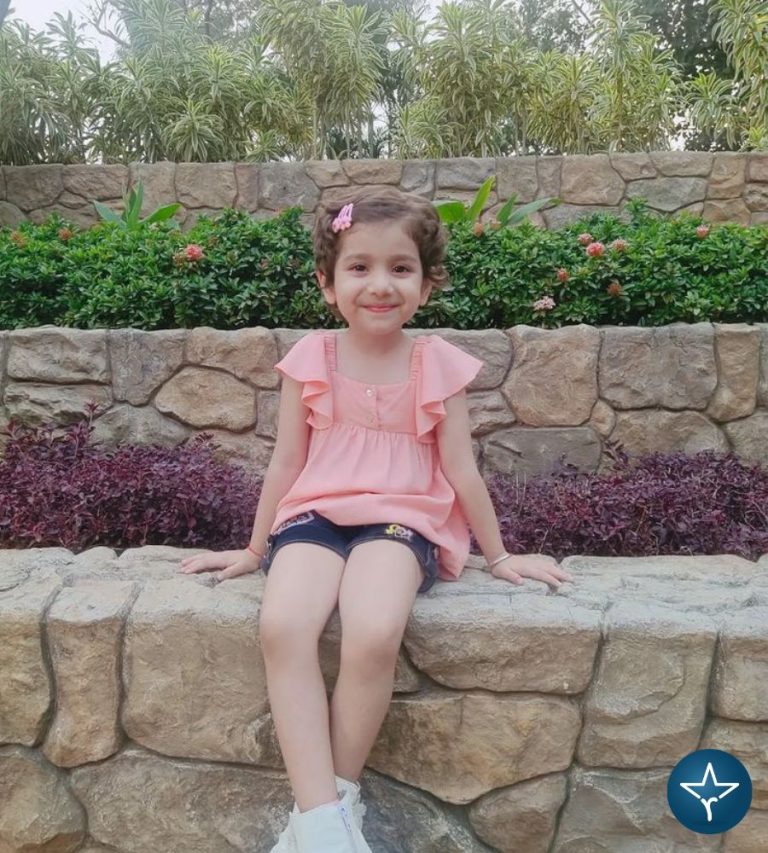 Vrihi Kodvara is an Indian child artist who got popularity for acting in television serials like Dil Toh Happy Hai Ji and Sherdil Shergill. She has also appeared in commercials of several prominent brands like Nestle, Santoor and V Guard. She has accomplished innumerable milestones at a very tender age. Apart from TV commercials, she has worked in various multi-starrer films as well.

Vrihi Kodvara was born on 15 August 2017 to Mr. Alpesh and Mrs. Khushi Kodvara in Mumbai, Maharashtra. Since her toddlerhood, she used to be in limelight because of her innocent and bubbly nature. Vrihi is full of life and can easily attract anybody with her adorable smile.

Vrihi got immense popularity for appearing in a television commercial with Isha Deol for Little Angel diaper brand. This was her first exposure as a child artist which proved as a milestone in her career.

One after other many achievements come into her account. She then casted in another Santoor Sandal & Turmeric Soap commercial.

Vrihi came into limelight after working for V Guard commercial. This advertisement indeed got popularity for her captivating acting and innocent smile.

Looks like, she is born for acting. Vrihi was also appeared in Bharat movie as Gudiya starring Salman Khan, Katrina Kaif and Jackie Shroff. The story traces India’s post-independence history from the perspective of a common man, and follows his life from the age of 8 to 70.

Vrihi was also a part of film The Sky is Pink as Baby Tanya, Niren and Aditi’s eldest daughter. The film stars Priyanka Chopra, Farhan Akhtar, Zaira Wasim and Rohit Saraf, and is based on the true story of Aisha Chaudhary, who suffered from severe combined immunodeficiency and tells the story of her parents Aditi and Niren as they navigate their marriage while dealing with their daughter’s illness.

Hi, Please comment below for update and correction about Vrihi Kodvara.