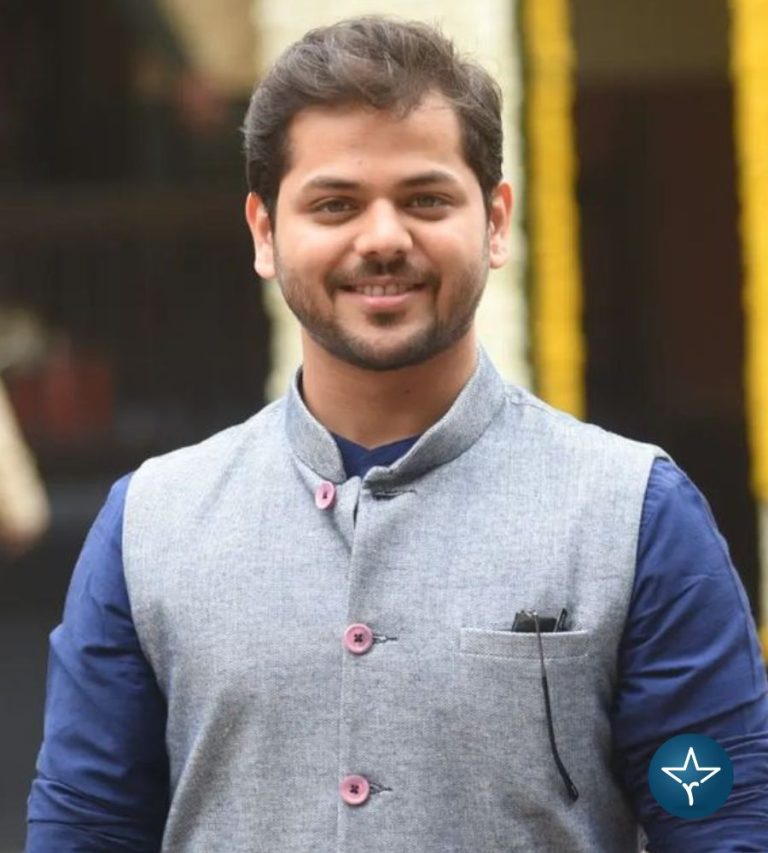 Yashoman Apte is an Indian actor and singer who mainly works in Marathi television serials. He is popularly known for portraying the role of Manas in the Marathi TV serial Phulpakharu aired on Zee Yuva in 2017. Yashoman is currently a part of serial Shubh Vivah where he appeared as Akash.

Yashoman Apte was born on 30 November 1991 in Mumbai, Maharashtra. He has completed his schooling from Parle Tilak Vidyalaya, Mumbai. Later he went to M.L. Dahanukar College where he did his graduation in Commerce. In his college days he used to took part in several extra-curricular activities like once he participated in Inter-University Youth Festival where Yashoman also won the trophy.

Yashoman started his career while acting in the Marathi romantic drama serial Phulapakharu where he played the role of Manas along with Hruta Durgule as Vaidehi in 2017. In this serial Yashoman has worked in more than 700 episodes with Hruta. This serial revolves around two lover Manas and Vaidehi who are in their college days.

Later in 2020, Yashoman appeared in the television serial Shrimantaa Gharchi Sunn where he worked as Atharva Ashok Marnik. After that in 2022, he grabbed headlines for been appearing in the Marathi drama serial Shubh Vivah as Akash where Yashoman is casted with Madhura Deshpande and Kunjika Kalwint.

Hi, Please comment below for update and correction about Yashoman Apte.