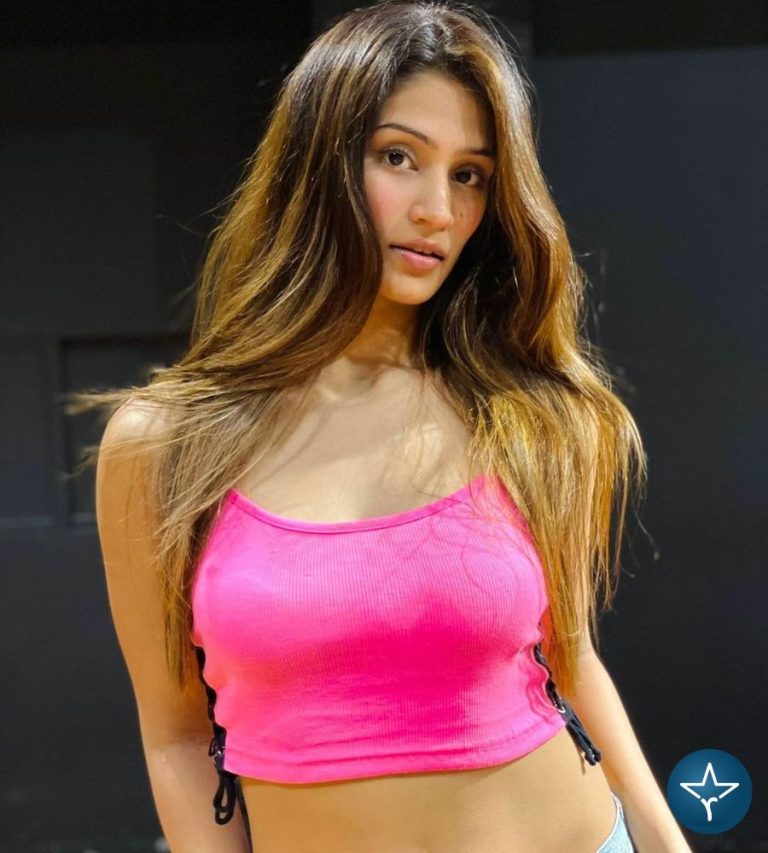 Shweta Sharda is an Indian dancer. She got popularity with her dancing moves in famous dance reality show Dance Deewane, judged by Madhuri Dixit, Tushar Kalia and Shashank Khaitan. She then appeared in Season 6 of Dance Plus. After appearing in various dance reality shows as contestant, she is now all geared up for making her entry as a choreographer for Paras Kalnawat in Jhalak Dikhhla Jaa 10.

Shweta Sharda was born on 25 May 1999 in Chandigarh, Punjab. Indeed, she is a god gifted dancer but with time she even took professional training to sharpen her skills. She has a brother, Jatin Sharda.

Shweta Sharda got her first exposure with the dance reality show Dance Deewane, judged by Madhuri Dixit, Tushar Kalia and Shashank Khaitan. The show was hosted by Arjun Bijlani and was premiered on Colors TV. Shweta was able to made her way to this epic show but misfortunately, she got eliminated in its second episode. As the saying goes, fortune helps the brave, with her hard work and perseverance she reappeared in the show through wild card entry and played a reasonable good innings.

She then appeared in Dance Plus Season 6 which was judged by Remo D’Souza, its captains were Salman Yusuff Khan, Punit Pathak and Shakti Mohan, and it was hosted by Raghav Juyal.

All her efforts pays back when she was featured in a Punjabi music video Coco presented by Desi Melodies. After almost three years, Muzical Doctorz, Jaani, and Arvindr Khaira come together for this unparalleled song.

She has also choreographed Paras Kalnawat in season 10 of Jhalak Dikhhla Jaa aired on Colors TV. In this show, celebrities perform various dances together with professional dance partners.

Hi, Please comment below for update and correction about Shweta Sharda.