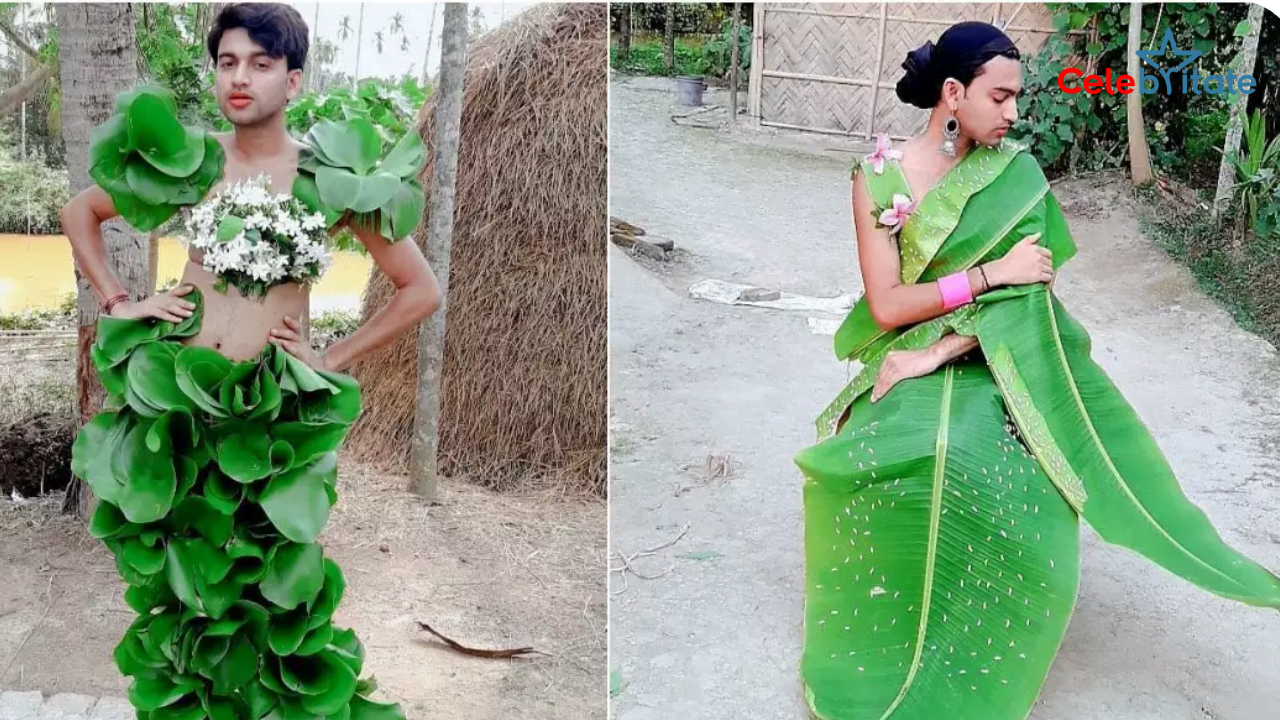 Neel Ranaut is a social media influencer,a well known Instagram personality who recreates big bollywood and hollywood celebrity’s looks with his innovative styles and designs. He is famous for his uniqueness in fashioning a garment from scratch — using earthly materials available to him, like leaves, sticks, stones, flowers.

Neel Ranaut Sarkar who considers himself a huge fan of Kangana Ranaut, who herself is a popular celebrity, hails from a small village of north east India.
He is reportedly a 26 years old innovative man who calls himself a “village fashion influencer “.

If you want to know anything else about Neel Ranaut Sarkar. Please comment below we will try to provide information.