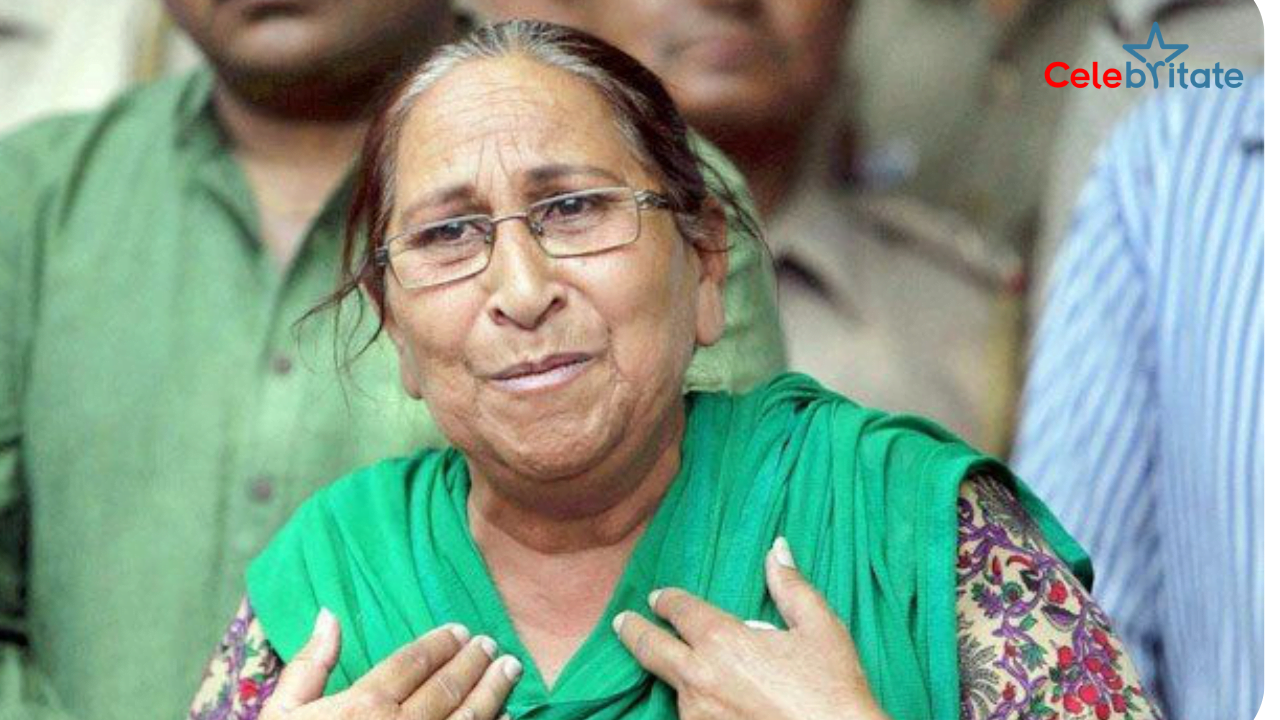 Dalbir Kaur is the sister of Indian national Sarbjit Singh who was trapped and imprisoned in Pakistan. Later, he was convicted due to a fake blast case allegation. Dalbir stood for her brother and demanded justice to free him.

Dalbir Kaur was born on 28 May, 1955 in Bhikhiwind, Punjab, India. Her brother’s name was Sarbjit Singh who was jailed in Pakistan. Dalbir Kaur had struggled her whole life, asking for justice for her brother, who was trapped in Pakistan’s jail.
As per the reports and surveys, she did her schooling in India. Earlier Dalbir Kaur was married to Baldev Singh, her siblings include Sarabjit Singh, Harbajan Singh, Charanjit Singh.

Her struggle for Justice for her brother Sarabjit Singh

Dalbir’s plight was showcased through a movie called “Sarabjit”, where the movie covered the story of Sarabjit Singh & Dalbir Kaur and was a screenplay by actors Randeep Hooda & Aishwariya Rai”, other casts were Anjur Bhatia, Ankita Shrivastava, Darshan Kumar, Shiwani Saini, Ram Murti Sharma and more.

If you want to know anything else about Dalbir Kaur. Please comment below we will try to provide information.