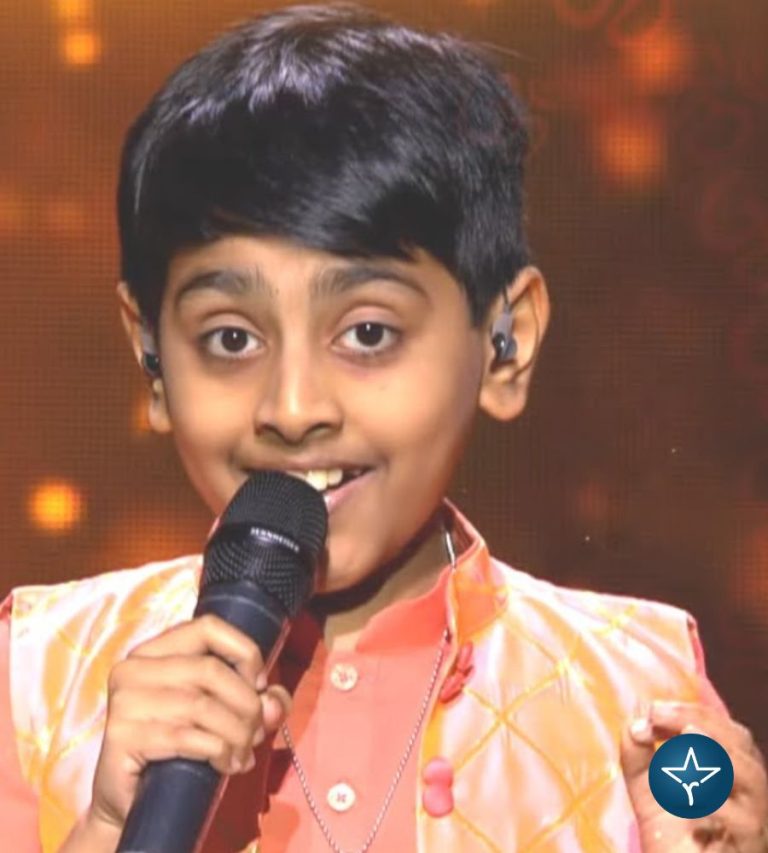 Atharv Bakshi is an Indian child artist who hails from Kharghar, Mumbai. He is popularly known for appearing in season 9 of singing reality television show Sa Re Ga Ma Pa Lil Champs. In the audition round of the show, Atharva received a gold medal for his exceptional performance.

Born in 2013, Atharv belongs to a middle-class Hindu family who lives in Kharghar, Mumbai. He is currently studying in class 5th (as of 2022) at Ryan International School. His father is also a singer who used to sing in several cultural concerts and religions events with his band.

Atharv is well-known for his performance in singing reality Sa Re Ga Ma Pa Lil Champs season 9 judges by Anu Malik, Neeti Mohan and Shankar Mahadevan. The show provided a platform for young singers between the age group of 6-14 years to showcase their talent in front of a national audience. He left the judges mesmerized with his melodious voice.

Hi, Please comment below for update and correction about Atharv Bakshi.