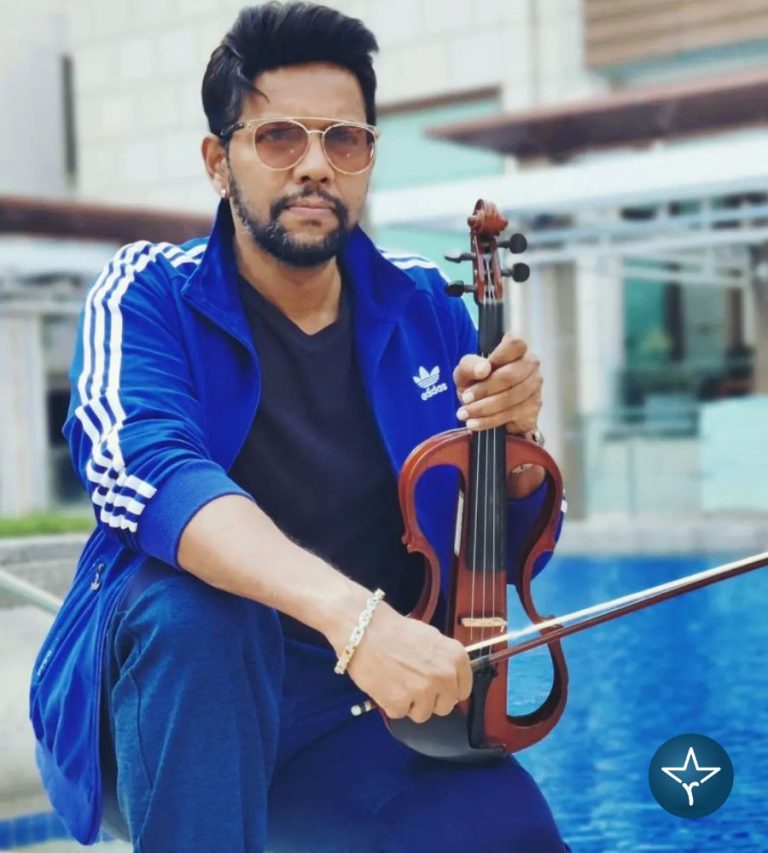 Sandeep Thakur is an Indian violinist from a western classical who predominately works in Bollywood film industry. Sandeep is the recipient of several awards honoured for his commendable contribution in the field of music. He was seen as a member of grand jury of music reality show Saregamapa Lil Champs season 9.

Sandeep started his career by playing violin for a rock band named Jashan in TV reality show Idea Rocks India aired on Colors Channel in 2009. The band ended up as a runner up of the show. He was also one of the popular artists who performed at Zee The Great Mela 2016 in Dubai. The following year, Sandeep also showed talent with DJ Kshmr at the Sunburn Festival Pune. This festival was amongst the world biggest music festival and it was also part of DJ Kshmr’s maiden India tour.

He has rendered his talent to the likes of Mithoon, A.R. Rahman, Pritam, Shankar-Ehsaan-Loy, Vishal Shekhar, Amit Trivedi for a number of Bollywood songs and background scores. Sandeep has worked in Bollywood movies like Chake De India, Aashiqui 2, Dangal and Mohabbatein.

Sandeep has a YouTube channel where he shares his melodious violin covers. He has generated huge views and reviews globally. He also has a reputation of being TEDx speakers.

Hi, Please comment below for update and correction about Sandeep Thakur.