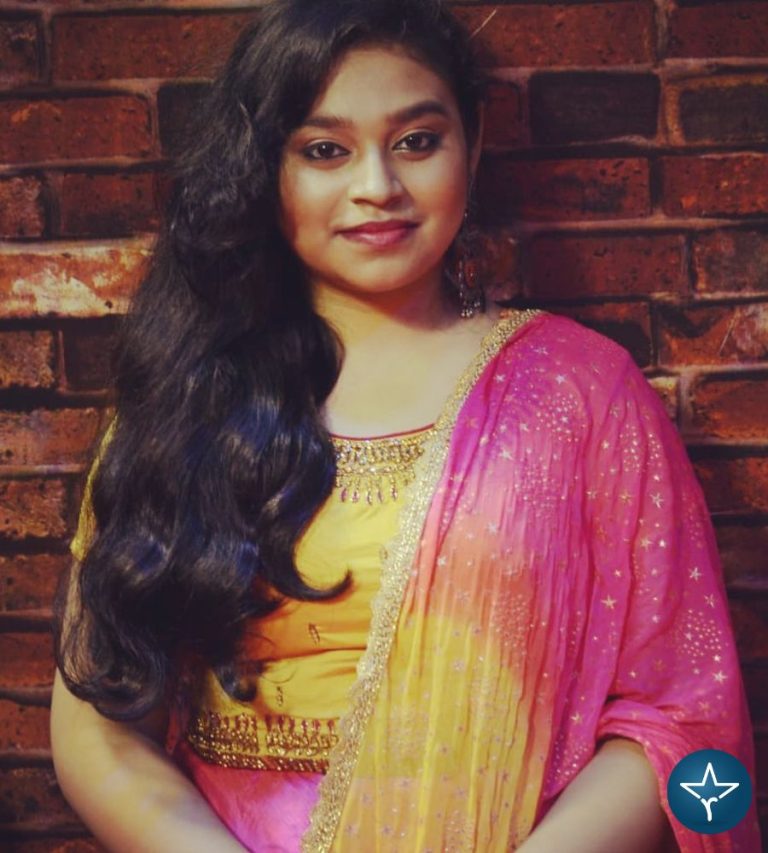 Sonakshi Kar is an emerging Indian singer. Since childhood, she had been a face of various singing reality shows such as Indian Idol Junior in 2013 and Sa Re Ga Ma Pa Little Champs in 2017. She is now all geared up for appearing in the show Indian Idol season 13. Sonakshi has a YouTube channel through which she shares her work with the audience.

Sonakshi Kar was born on 23 June 2003 in Kolkata, West Bengal. She completed her schooling from Kolkata based Maharishi Vidya Mandir. Sonakshi took professional training in classical singing by Jayant Sarkar and semi-classical by Deep Chakraborty.

Sonakshi Kar got her first exposure with Indian Idol Junior in 2013 and secured her position in top 6 contestants. Indian Idol is one of the leading singing contests in the nation. The show has birthed many popular playback singers and musicians. The show was hosted by Karan Wahi and Mandira Bedi and was judged by music duo Vishal-Shekhar with playback singer Shreya Ghoshal.

She then appeared in Sa Re Ga Ma Pa Little Champs in 2017 and emerged as one of the finalists of the show. Though Sonakshi did not won the show but was able to impress the judges and audience with her commendable journey on the show.

Once again, Sonakshi came into limelight with India’s largest singing reality show Indian Idol season 13 judged by Neha Kakkar, Himesh Reshammiya and Vishal Dadlani. The show was aired on Sony Entertainment channel and hosted by Aditya Narayan. Sonakshi received huge appreciation from the judges for her very first performance on . As the saying goes that good beginning makes a good end, indeed Sonakshi will again come up with the flying colors in this show as well.

Hi, Please comment below for update and correction about Sonakshi Kar.