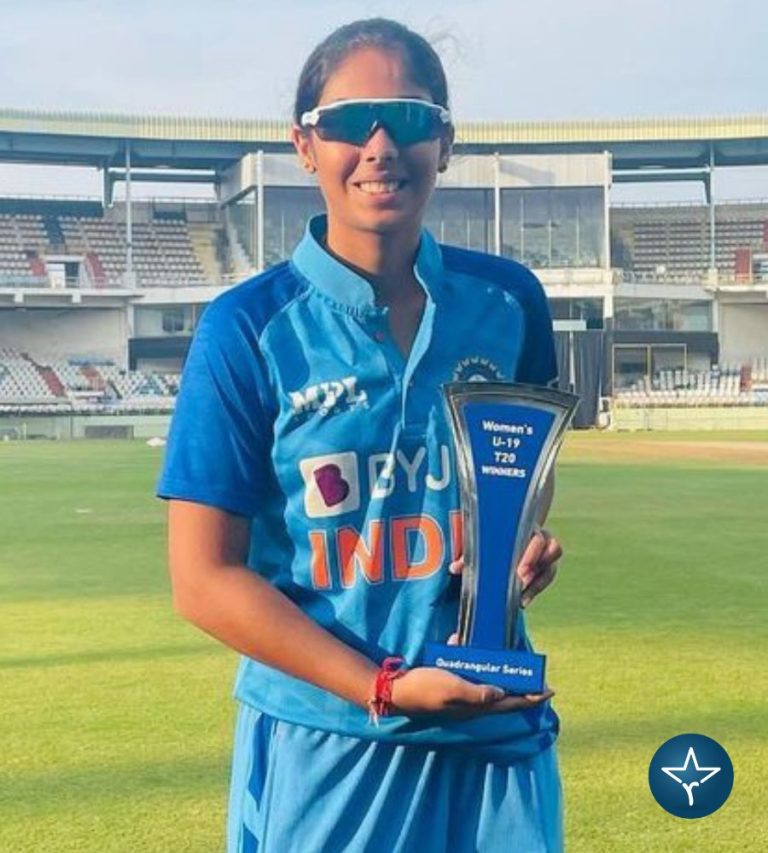 Parshavi Chopra is an Indian cricketer who hails from Bulandshahr, Uttar Pradesh. She is a spinner who bowl a leg break. In domestic matches, she plays for Uttar Pradesh Women’s team. In December 2022, she grabbed headlines for getting selected in 2023 Under 19 ICC Women World Cup.

Parshavi started her sports career while playing cricket in her nearby park with her childhood friends. She then joined a cricket academy to sharpen her skills and later selectors of Uttar Pradesh Women team selected her. In domestic matches she has played so many winning innings with bat and ball. In November Indian Under 19 Women’s team selectors gave chance to play in 5 series of T-20 format against New Zealand where she appeared in 3 matches and took 3 wickets. After seeing her bowling talent, she got selected in 2023 Under 19 ICC Women World Cup.

Hi, Please comment below for update and correction about Parshavi Chopra.